The first problem was how to put the camera in the water without scaring the fish away, but I worked out I could prop the camera in a gap in the concrete slipway, and leave it.  The only thing was, I was going to get wet feet, so I took off my shoes and socks and ended up paddling.  There’s a soundtrack for what it sounded at the slipway here:

I’ve been thinking a lot recently about my relationship with the water in Bristol.  I’d lived here for about ten years before I first sat on a jetty with my feet in the Harbour on a sunny day, and it felt really transgressive.  It’s always been weird to me that the only people you see in the Harbour in Bristol are people who’ve fallen out of sailing boats, and the once-a-year triathletes, because it’s always so tempting to jump in on a hot day, and I was used to seeing kids throw themselves into the locks on the Leeds canal at the slightest provocation, but the Harbour seems almost taboo here.  I grew up in London, and practically everyone around my age who did the same has the same quote about how if we even touched the Thames, we’d have to get our stomach pumped, but I’ve never ever heard a warning about the Harbour, it’s just an unspoken thing.

So the first time I touched it, it felt thrilling, and a few years ago, I started sticking underwater film cameras into the water in the city – fountains, puddles, and of course the Harbour.  You get a lot of very funny looks when you do this, but that’s par for the course, right?  The worst part is getting wet and dirty knees, kneeling on the side to lean over.  Paddling was the next stage.

It’s pretty hard to paddle at this slipway because the concrete is slippery with algae as soon as the water starts, and it’s a steep slope.  So I went in very, very carefully, because there are limits to how much I want to suffer for my projects!

The surprise was that the fish weren’t particularly bothered by me being there, especially when I was still. I was taking photos with my underwater disposable film camera, and they’re terrible failures as figurative, representational photographs, I really like them as images. I can never tell if that’s because when I look at them I remember the moment, and that makes me smile, or I love them because they’re so ridiculous, or if there’s something in them objectively.  Here’s the album of images – it also includes a couple of Harbour shots and a couple from the Malago. 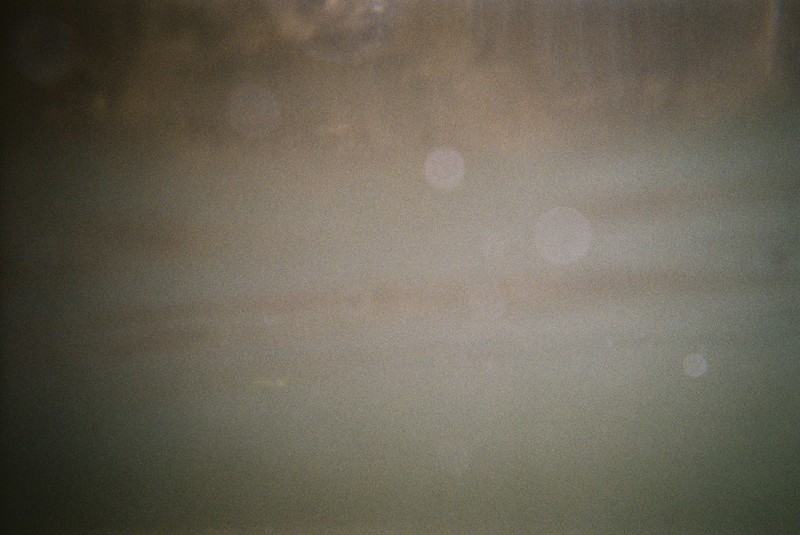 I can’t work out why none of these worked – I don’t know if I was too close, but I tried all kinds of distances, and NONE of them worked!  I swear this one has a fish in it in the top corner, but this is still a long way from what’s there in the film.

Of course, the water is very cloudy, and my next theory is maybe it would work if I had another crappy underwater camera with a flash?  I’m still going to be taking more of these.

I also lay on the jetty, holding the GoPro and the disposable, and some of those photos in the album are from there.  I completely forgot that the jetty rocks with the waves, so don’t watch this if you get seasick…

The moment sitting on the jetty with my toes in the water and the fish coming right up to them was lovely – Matt took some photos of me taking photos and filming, and this video of the fish nibbling my toes:

You can’t see them especially clearly, as they camouflage so well – but here’s my bad iPhone picture:

One more soundscape – the gulls were a bit loud in this one, but it’s what the Harbour sounds like here:

One last film:  Matt’s from the jetty.

I think all these photos and films will always make me happy, remembering this lovely, sunny day, laughing and talking with Matt, paddling in the water for the first time, and how much I grinned when I saw the underwater photos, because I love them in 100 different ways.  But I hope I can one day get some proper photos of the fish, and not only because it’s so much fun trying.  Here’s to more days in the Harbour.