It’s been hard for me since the Chocolate Path has been closed – I miss my regular walks there.   But in the depths of winter, I took some trips out to the Bristol Channel, which I’m counting as connected to the Avon, because after all, it’s the same water.

I’m going to blog more about it soon, but first a couple of pictures, to compare-and-contrast how different the conditions were, three days apart.

Boxing Day at Clevedon Marine Lake (and thank you so much to Matt Gibson for driving us there!) – the conditions varying between drizzly and very definitely raining, but the sea very calm, very still.   And three days later, Weston Super Mare had the wind roaring off the Channel and the waves crashing everywhere – exhilarating!  First, Clevedon: 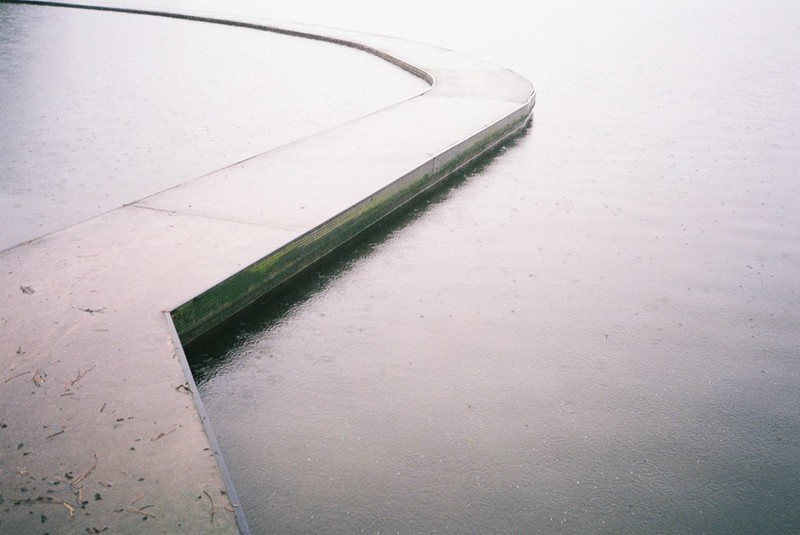 For anyone who doesn’t know what a Marine Lake is, they’re open air swimming/boating lakes the fill with salt water from the sea.   They’re designed so people can swim (or boat) outdoors, in a contained environment, which is especially important somewhere like the Bristol Channel, with the second highest tidal drop in the world.  The tidal change means the sea at low tide can be literally miles from the high tide mark, and the rush of the tide in and out means it that distance can be closed frighteningly quickly.  The rush of water means there are killer currents, and on top of that, a lot of the beaches look like sand, but are actually sinking mud.  No wonder seaside holidays struggle!  But a Marine Lake means there’s almost always somewhere safe to enjoy the sea, and with views of the actual sea (sometimes!) too. 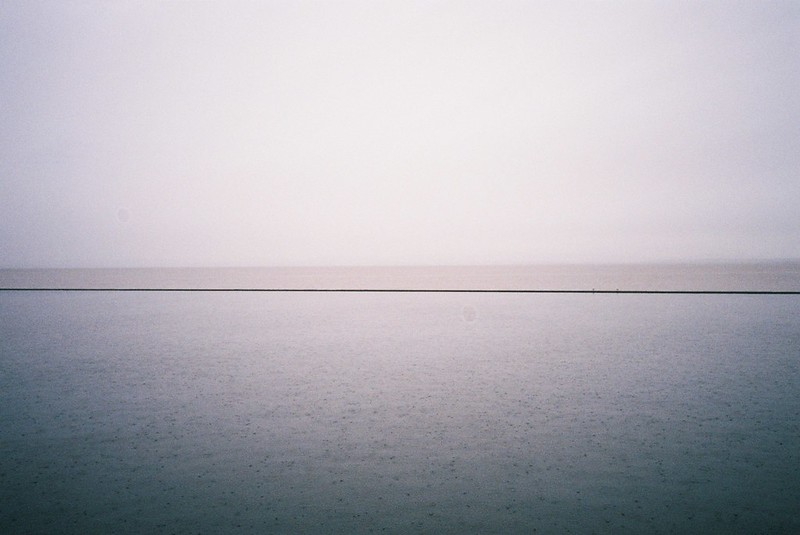 (That second one has a raindrop on the lens, I think, and my attempts to edit it out failed, but it’s honest to stay in). 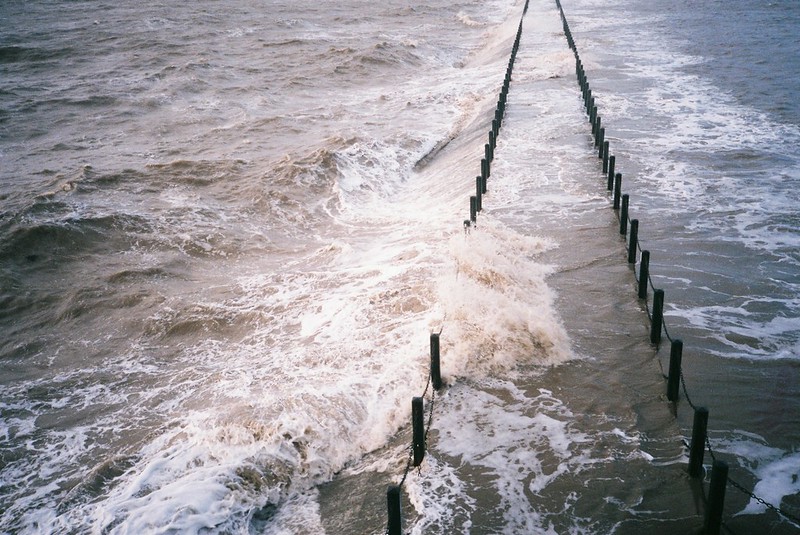 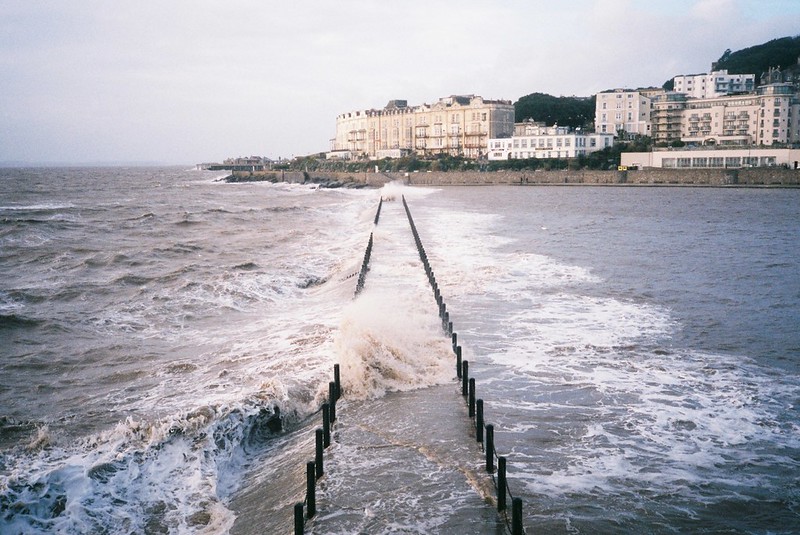 All 35mm film, my Olympus XA2 point & shoot.   I wasn’t happy with the digital/phone pictures, but the film ones make the cost and the wait all worthwhile!  I have to wait to see if the rest of the Weston photos came out, or the ones from the other side of the water, on the Cardiff Bay Barrage the next day…