This week I wanted to walk Colliter’s Brook, one of the little streams that lead into the Avon.  I haven’t walked it for ages, because the public footpath has been closed off for the (endless) Metrobus works, as the route runs alongside the brook.   But the Metrobus works are finished, so I was hoping it would be opened, because it only crosses in a couple of places – and if they’re not, surely the bus lane can be closed off, like it is around Ashton Avenue Bridge?   I was really excited to get back to the river, because I loved that walk, and I wanted to get all the way up to the Dundry Hills.  So we crossed Winterstoke Road and walked down the path to the railway crossing and the start of the footpath. 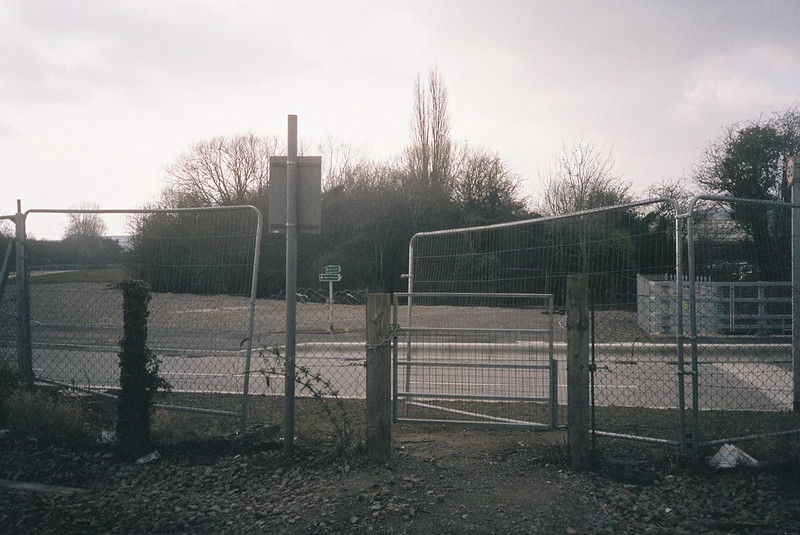 OK, this wasn’t looking good.  I could remember walking around the Ashton Vale trading estate to try to get onto the path before, but I couldn’t remember if we managed it or not.  But it was better than going home.  First we passed the new Metrobus bridge… 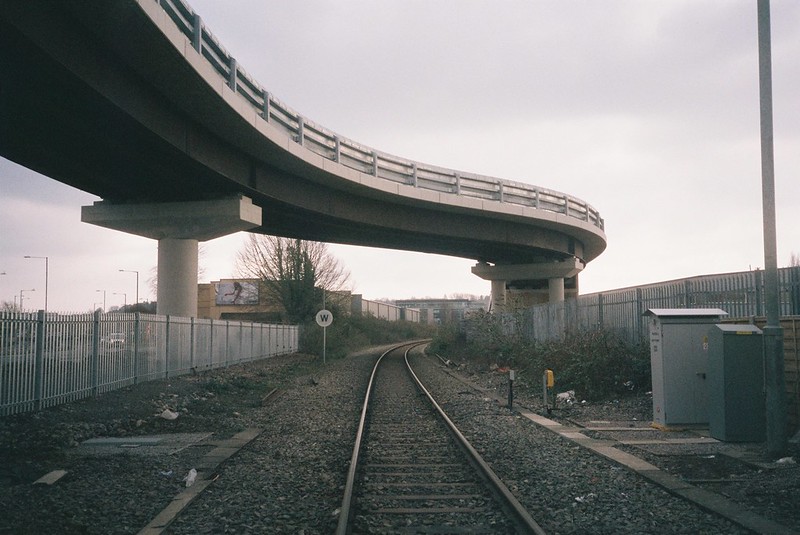 …and then we saw the new footpath that runs alongside the railway – but what’s not pictured is the huge fence keeping us out. 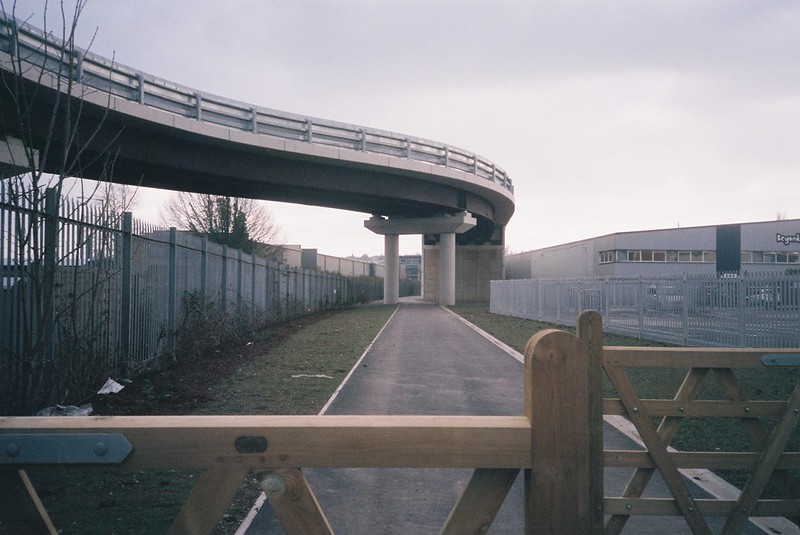 I always like walking through Ashton Vale for the purely industrial buildings, but there are no footpaths.  So we just had to give up – so frustrating.  I think one of the worst things about the Metrobus is the total lack on information on, well, everything.  Why can’t they at least put a notice on the fences telling us when they’re due to open?   The worst case scenario is that footpaths like this one won’t be opened until the bus routes are, and that keeps getting pushed further and further back – and so all these routes that people have used for decades are shut.

Ugh.  At least I got a photo of the Brook where it runs alongside Ashton Gate stadium, but this was a frustrating day, and I wish I’d started off in a different direction. 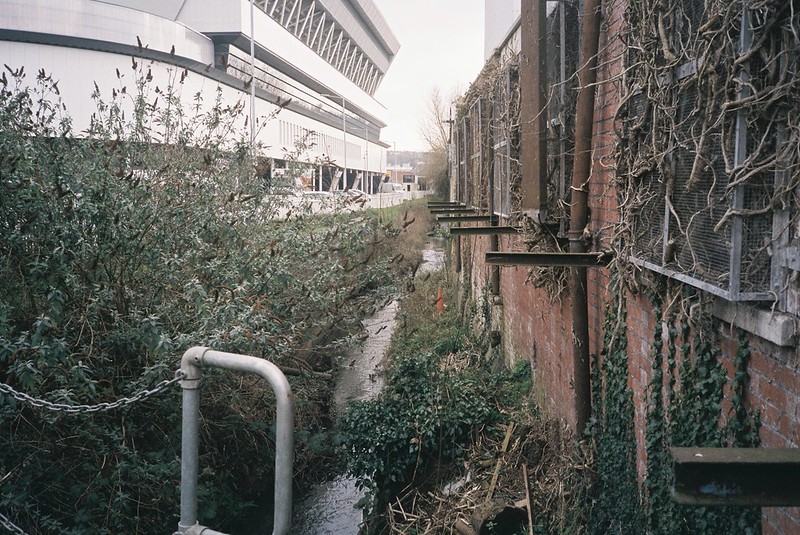