It was gorgeous February sunshine on a cold Tuesday, so I headed out to the mud at the very end of the Floating Harbour, my go-to walk.  Since the Chocolate Path is closed, I now take Ashton Avenue Bridge, and stopped to make a little film, taking photos once that was set up. 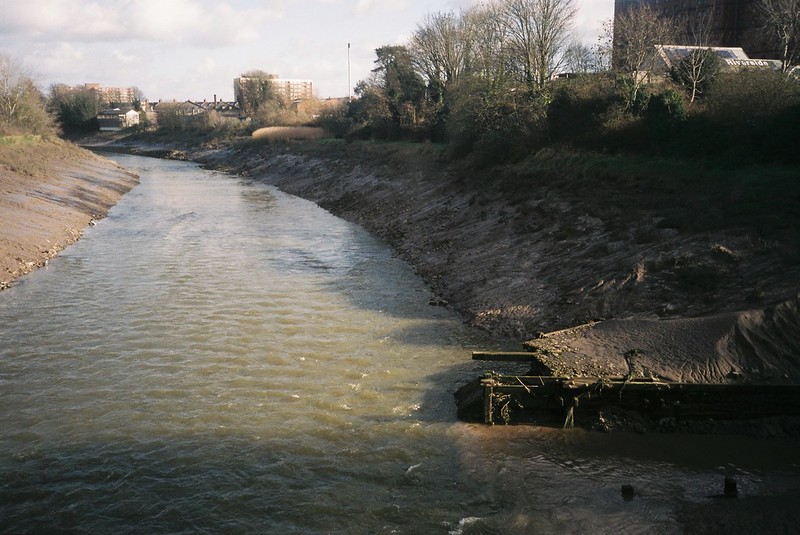 There was something about the light on the texture of the mud that made the bird footprints look fantastic, especially the way the tracks would be so clear in one place, but a few steps back the mud was slooooooooowly oozing back to eradicate them. 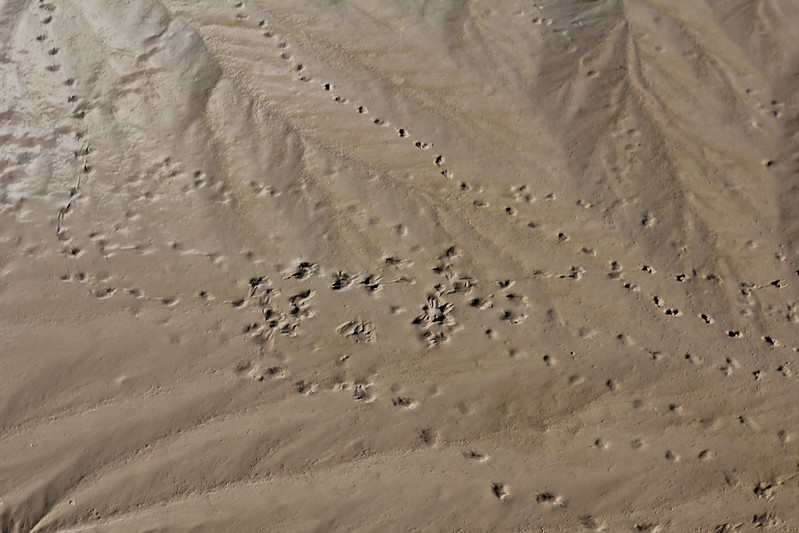 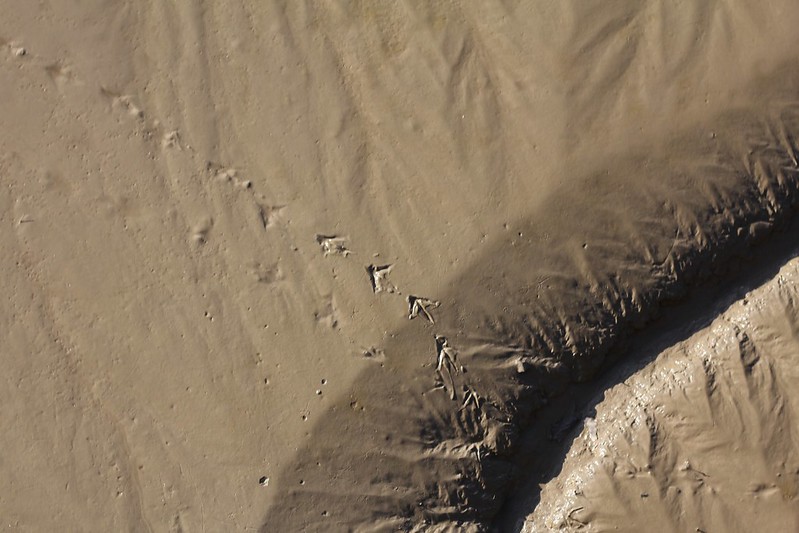 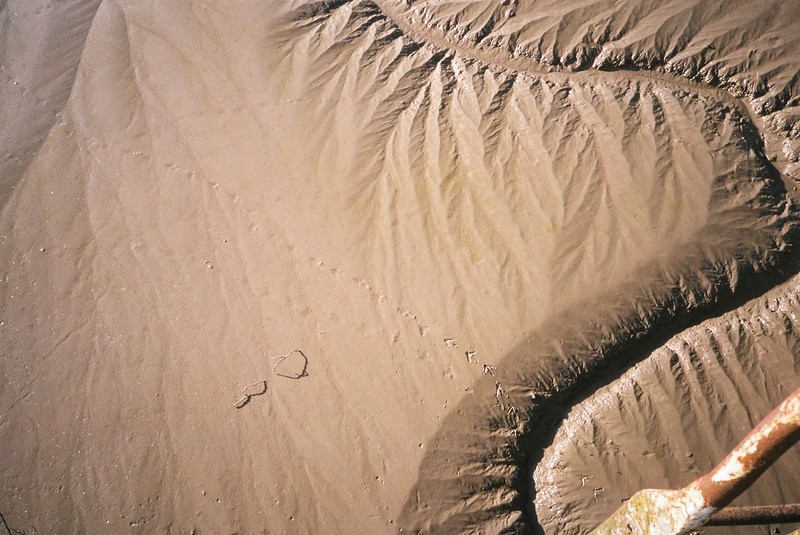 and the compare and contrast seam in the mud – a mini meander that I always think looks like a landscape from an aeroplane: 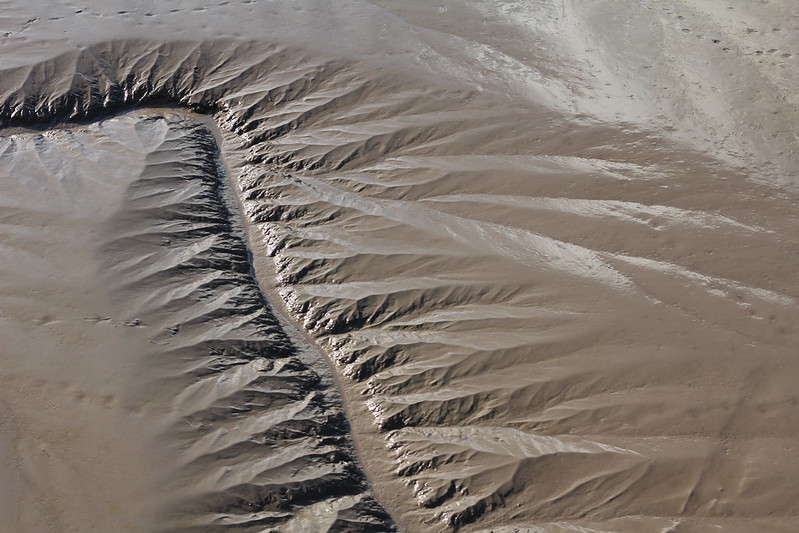 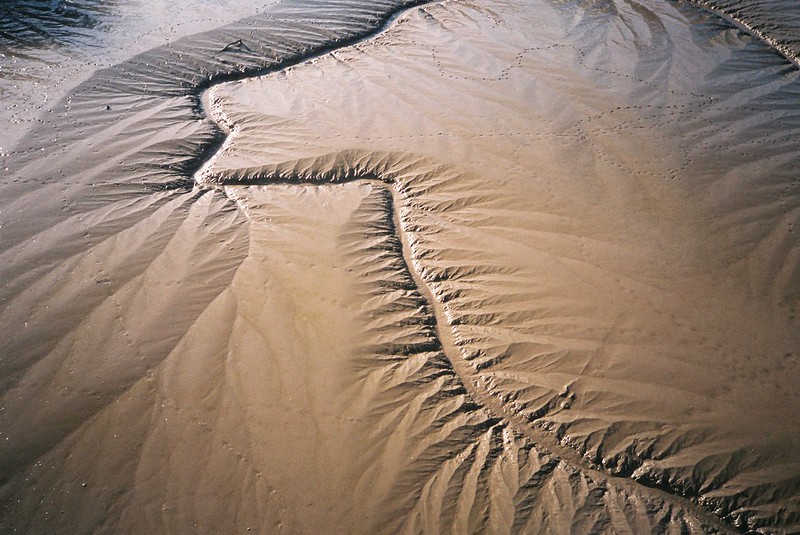 Moving round to the side, the light hits the water on the mud and makes it glow silver – so beautiful to look at, but my cameras can never cope with that level of shine as well as my eyes can.  You know me, I can’t resist that, ever. 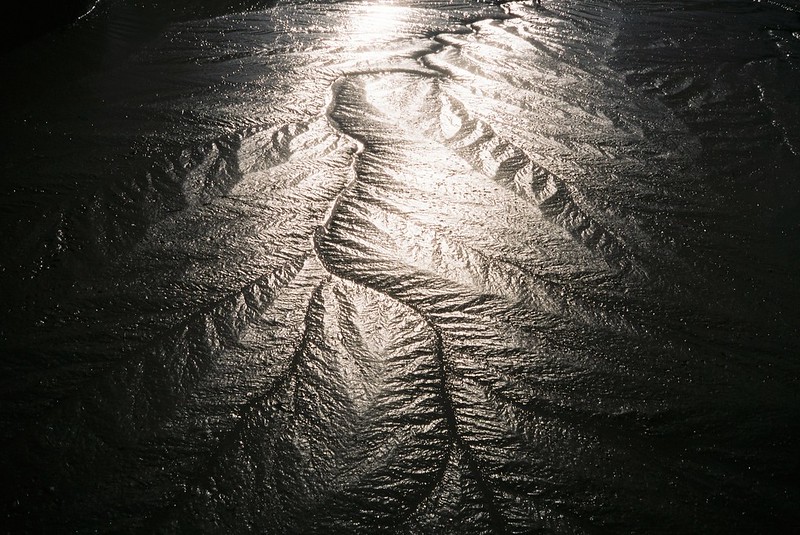 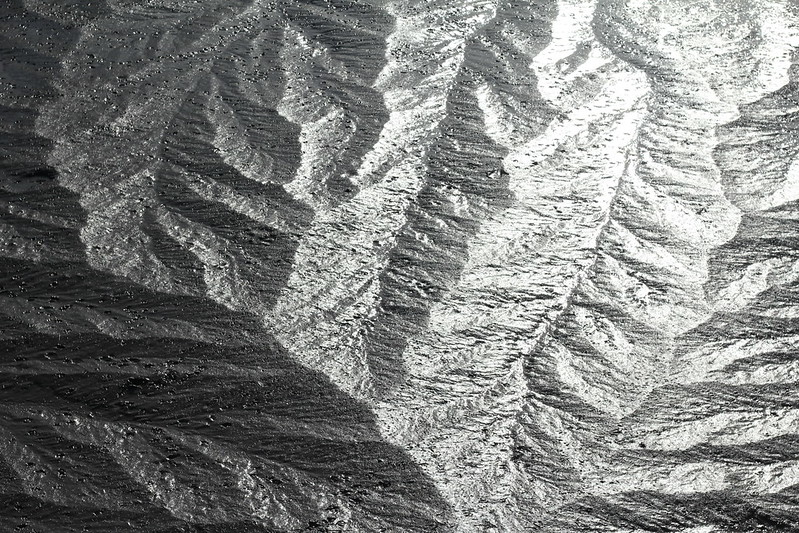 I was taking these standing on the blocks of stone that line the edge of the Harbour end.  I have no idea what they are (ballast?  Off-cuts from repairing the Harbour) and you’ll always find me stepping from one to the other, because I’m fascinated by them.  I’ve never yet taken a photo of them that I’m happy with – there’s something about the textures, the edges, the embedded bits of metal and other reminders of the work on them, that I just can’t capture.  Or maybe it’s because they’re something to stand on, taking long steps from one to the next, so two dimensions aren’t enough? 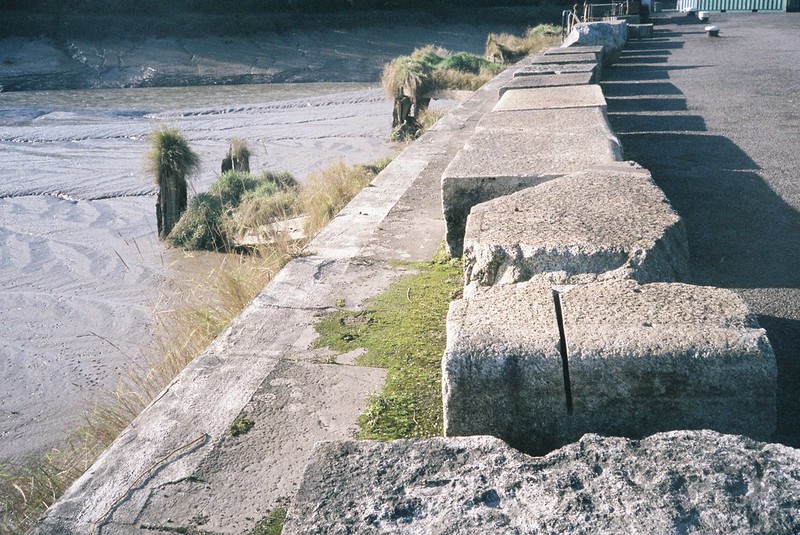 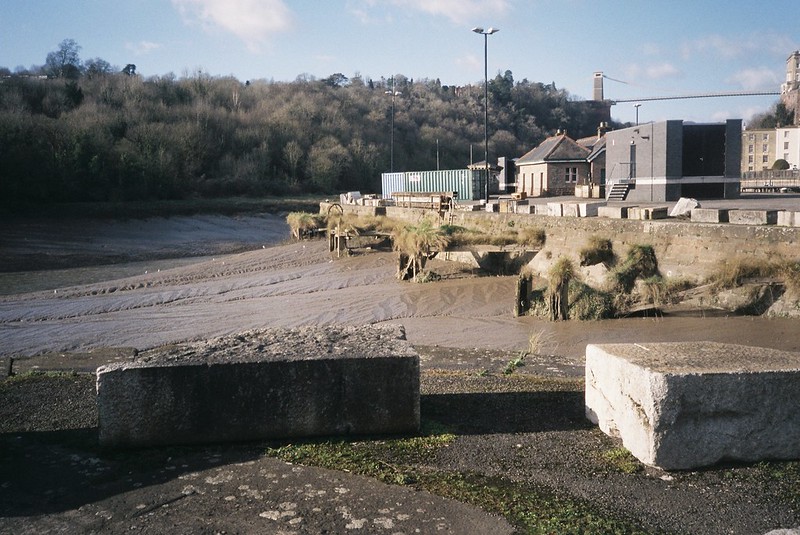 Regardless, I love them, how they feel so sculptural, how they remind me that this was a working, industrial landscape.  And it’s such a clever way to keep this area safe, without putting up fences, which would just feel wrong.  That contrast between the blocks of stone and the collapsing piers, and the ephemeral patterns on the mud is special, too.  I need to come down at golden hour, and just keep trying.