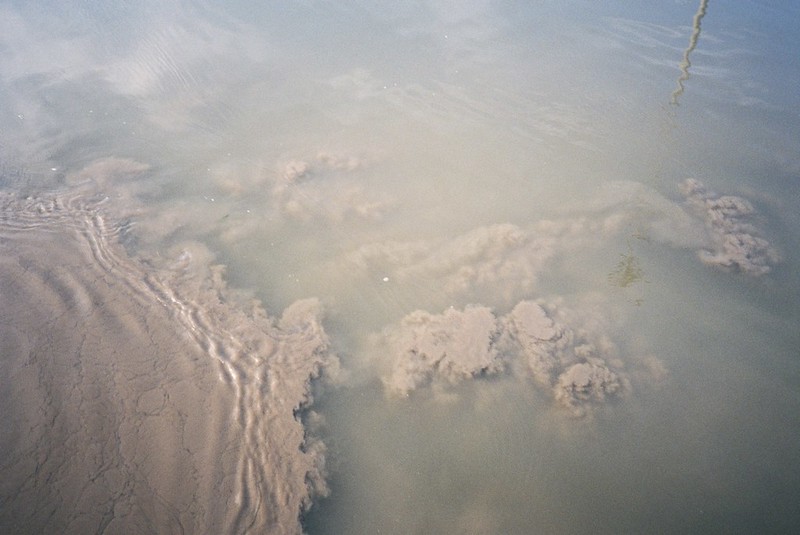 I especially was fascinated by the almost solid line between the silt and the water – and the way two large silt masses merged. 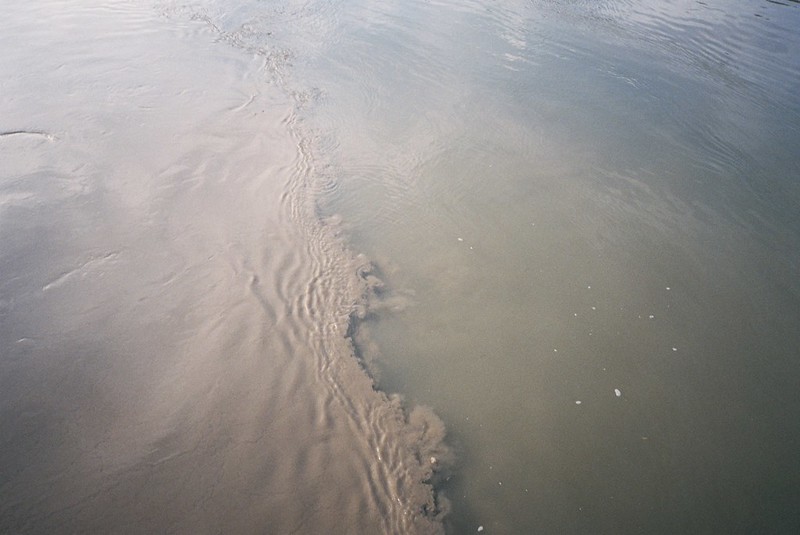 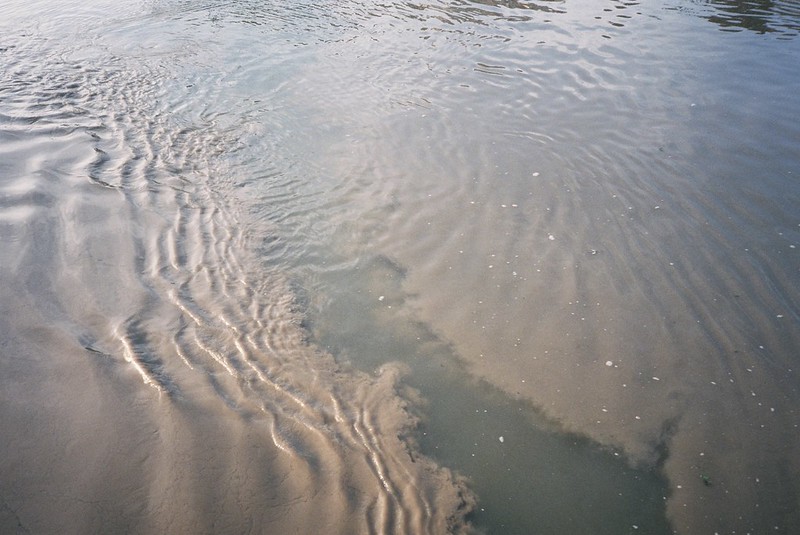 Looking out across the river, where the tensions in the water were catching the sun as it was falling 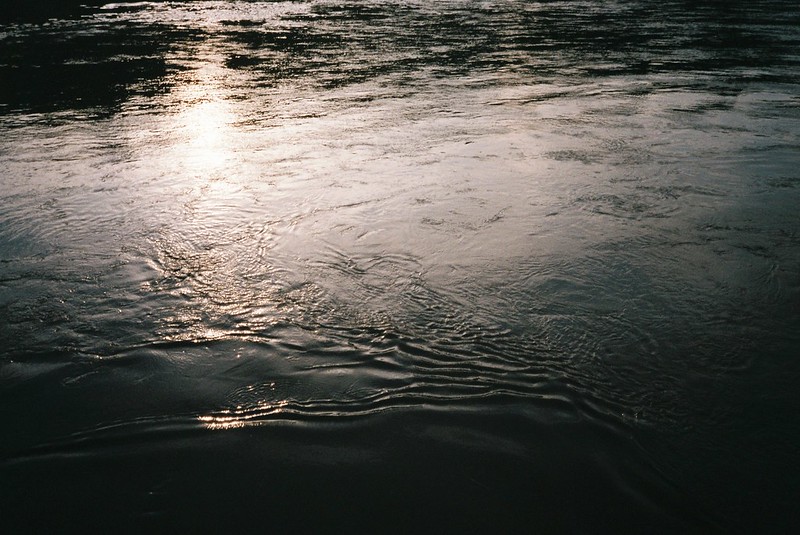 More silt clouds, as the second lock gate was opened 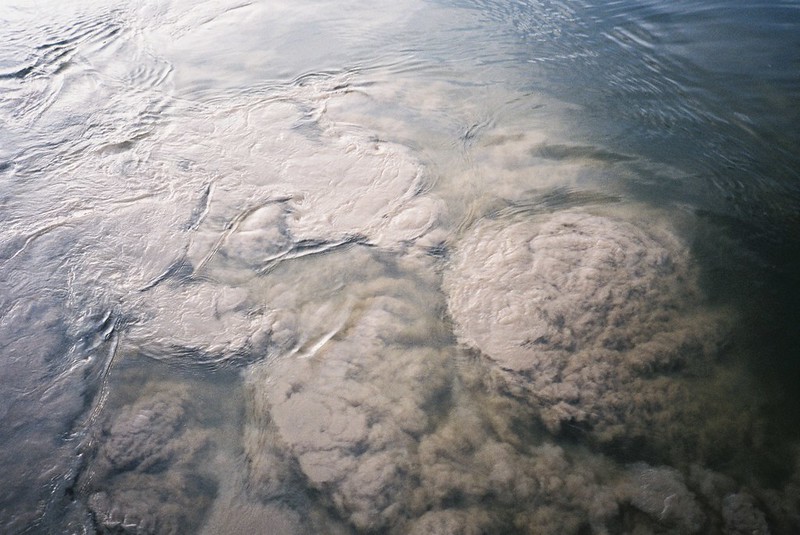 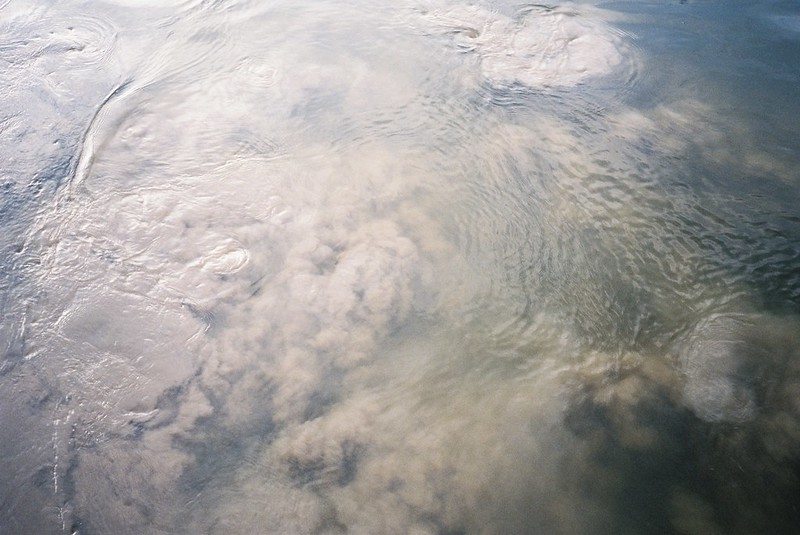 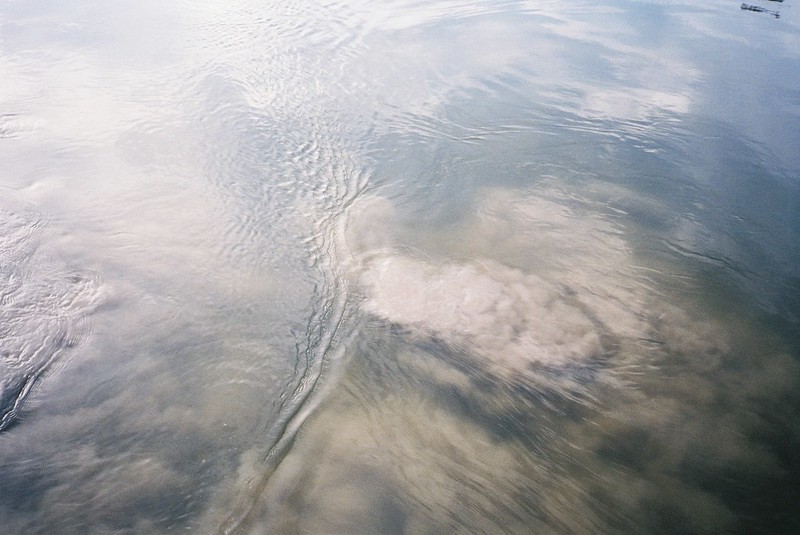 Clouds of silt, and clouds in the sky reflecting in the water 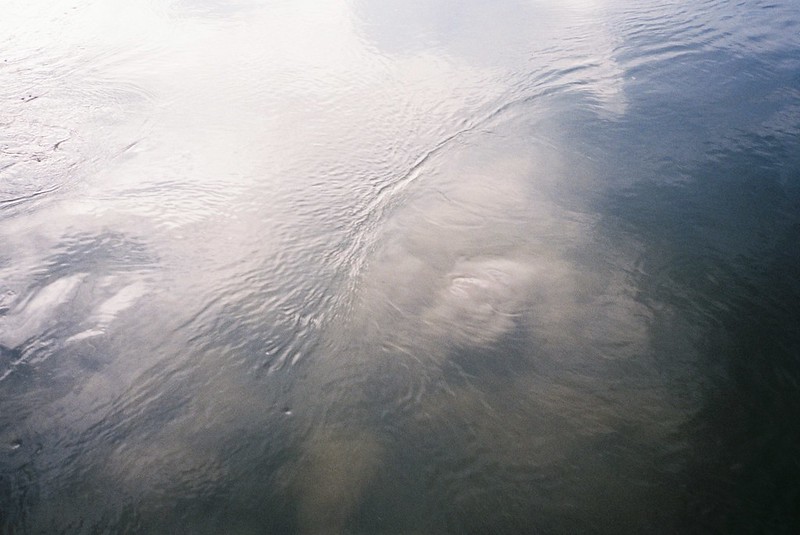 Looking up from the silt clouds, to the Suspension Bridge 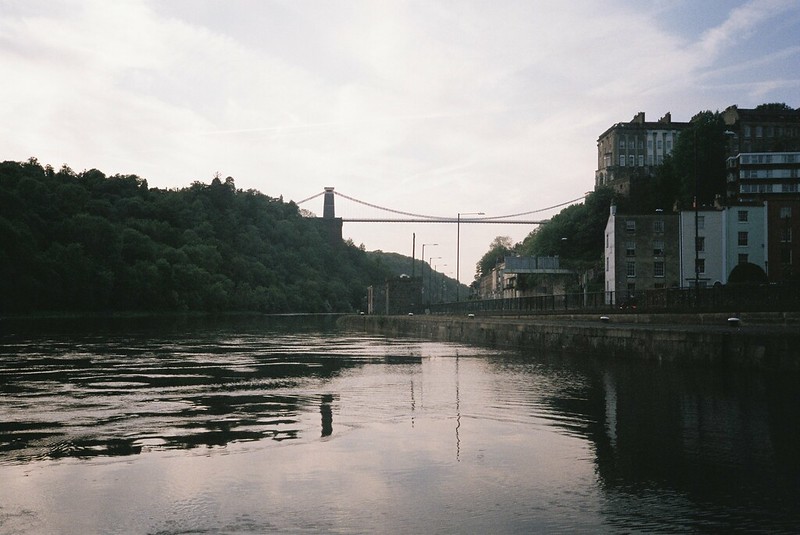 One thought on “Avon silt clouds”