Back on 8th June, Vik and I went kayaking on the Floating Harbour.  Ever since we moved to Bristol I’ve wanted to canoe or kayak, but it’s been endlessly frustrating failing over and over again, because I’d basically need to buy my own boat and space to leave it – or so I thought!  Then I read about Go Canoeing Week, and one of the options was a canoe trip around the Harbour with All Aboard watersports, so we booked it!

The initial tour didn’t happen, but we re-booked, and it felt luxurious, just Vik and me having a bespoke session.  We have different levels of expertise, because a million years ago I was an outdoor activity instructor, teaching canoeing and kayaking (among other things) in the Lake District, while Vik has been in a kayak once.  We were in little short surf-style kayaks, which are super-maneuverable, but were a bit frustrating for Vik as a practically first-timer, and we had a bit of teaching, and then went for a trip.  My photos are here: 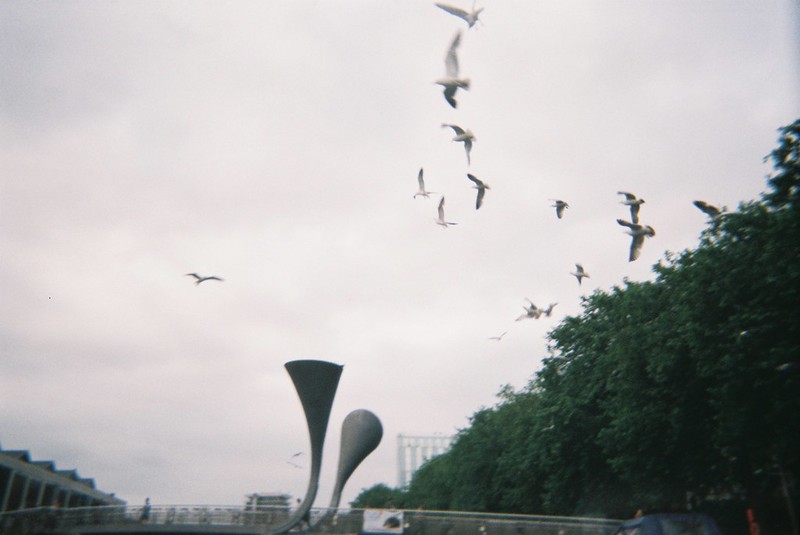 and check out Vik’s photos too: 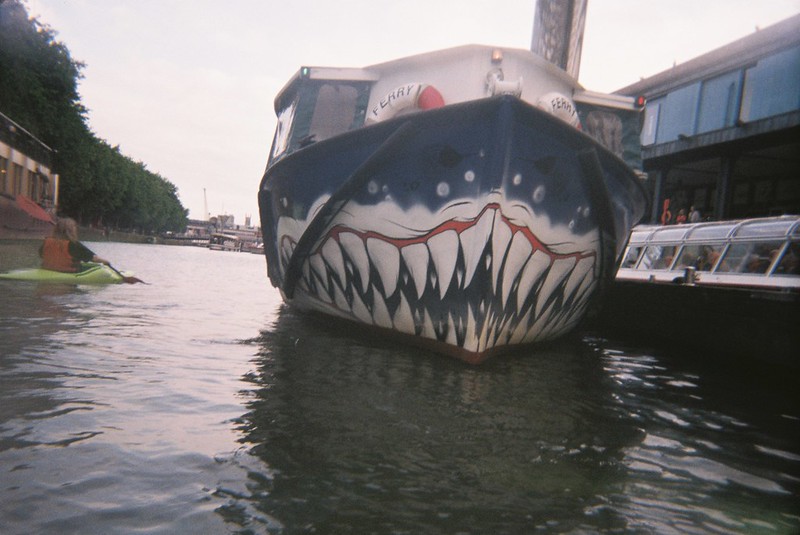 What was really surprising to me was how much of kayaking was in my muscle memory.  I’d only kayaked for the first time at 19, and while I taught it, and was in the canoe club at university, I probably only paddled for about 3 years in total, but a lot of it came back – although a lot of it didn’t.  I’d been a bit worried I’d built paddling up in my head to be more special than it was, but if anything I just want to do it more.

I’d really been looking forward to seeing the Harbour from new angles, and especially from the water level, but it was even more exciting than I’d expected.  I’ve walked around the Harbour thousands of times, and been on the ferries, but this was lower, and more special.  We paddled anti-clockwise round, past the SS Great Britain and the M Shed, and up the former deep water Harbour to the Centre, then back again.  It’s the small things I remember – seeing where chains and ropes had rubbed shapes into the Harbour walls; the moorhen nests in the curve of a mooring ring (I don’t think that’s why they’re called moorhens!) and in a tyre hanging off a boat as a bumper; plants growing in the Harbour walls; the upside down mannequin in a boat; looking down the line of the mast-making boat; paddling through reflections; the feel of the water on my hands (and in my kayak, as I didn’t have a spraydeck, and my style definitely wants one; the quality of the light.  It wasn’t the perfect trip, but there were some perfect moments.

I messed up the photography, because I’d bought three underwater disposable cameras, but only brought two with me, one for Vik and one for me – aaaargh!  Of course I ran out of film by the time we were by the Centre.  And they were terrible cameras, even by disposable standards.  My note-to-self is to get a better underwater camera, and not a disposable, before I do this again…  and oh my goodness I want to do it again!

If you want to know about canoeing on the actual Avon, check out my podcast interview with artists Kayle Brandon and Heath Bunting, about their Avon Canoe Pilot Project.