Back in June, the lovely Matt Gibson took Vik and me for a roadtrip, to explore various sources of the Avon – Wor Well, where the Tetbury Avon starts; Joyce’s Pool, where the Sherston branch of the Avon sometimes begins; to see a long barrow; and around Malmsbury, where the two branches meet.  It was a lovely day, and I have photos, a sound and some thoughts.

Here’s the map of where we went:

and I have a flickr album of all the photos from the day, but I’ll have specific albums below too.  As always, mouse over the first photo to start the slideshows… 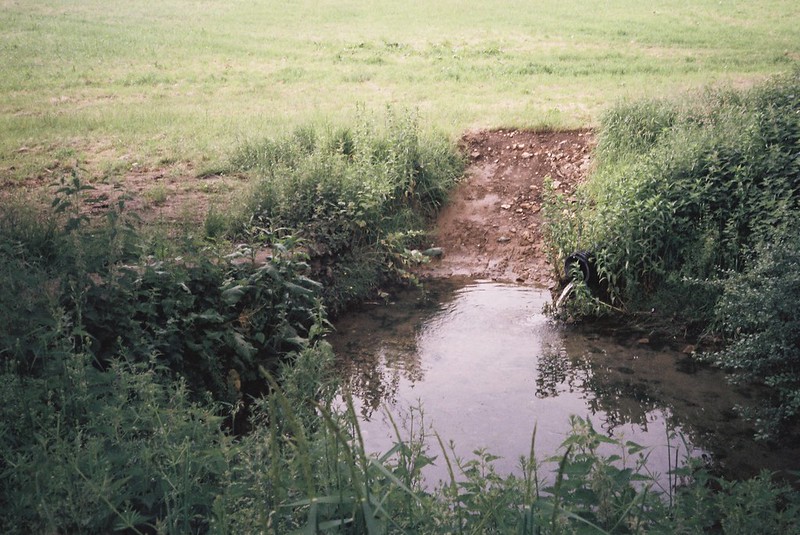 So we started at Tetbury, at Wor Well, the official source of the Avon according to my OS maps.  This was before the summer heatwave had really started, but we could still see how low the water levels were, because it was a dry winter and spring to start with.  I imagine that usually the pipe where the spring comes out is usually underwater, so it’s a pool – and I’m having to re-evaluate my ideas about wells, recently, because I think of them as a place where people dug down to water, and walled it in, but a lot of them started as places water just pooled out of the ground, like this one.  It was very manicured countryside, with a new estate of houses at the top of the road, and polite sheep baaing around us, but you know I was still having thrills! Here are some photos: 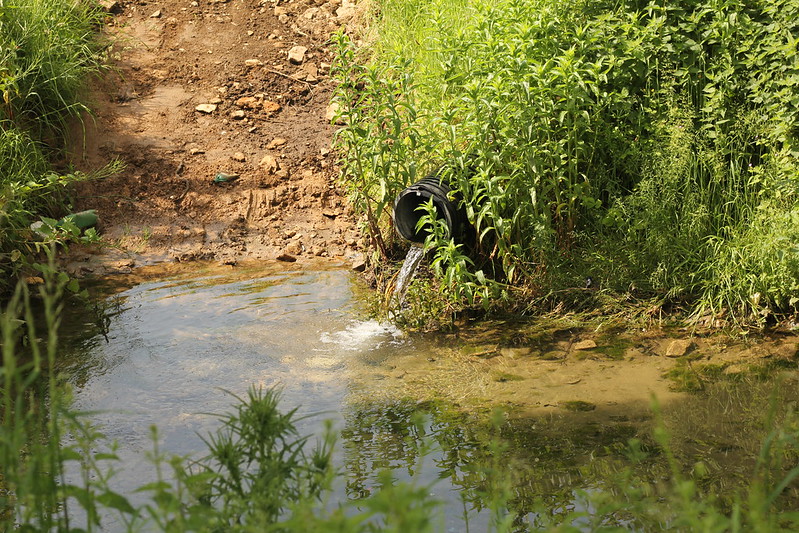 and here’s the sound of the Well:

A stream flowed out of the pool, a miniature stream that was visible because of the wildflowers growing in and around it.  We walked down the very well-kept footpath, past a field of llamas (!) to where the tiny stream – the same Avon that runs through Bristol!! – met another tiny stream in a field of sheep, and went west.  We turned east to find another starting point up the disused railway path – in wetter years, this would have been a pool and a stream, but it was a dry stream-bed and a damp dip in a field: 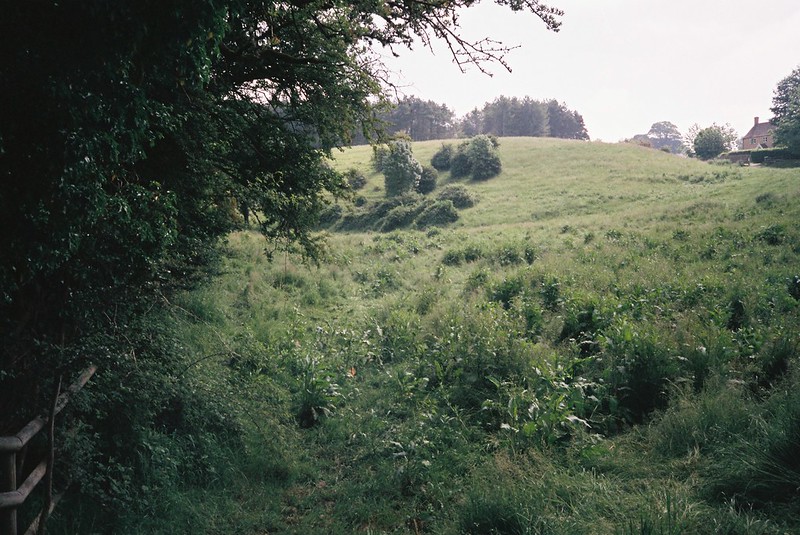 We walked back and drove off for breakfast in very scenic Tetbury, learned about the Tetbury Feofees, and drove off to find the second source. 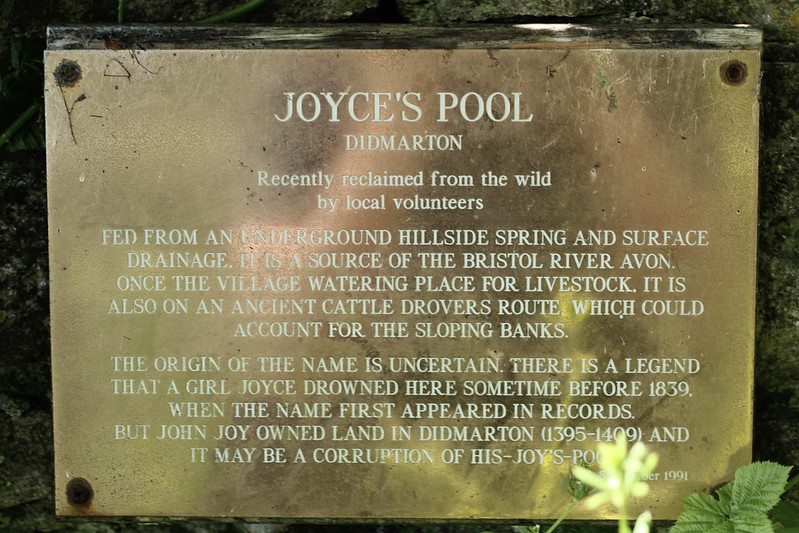 Joyce’s Pool is a pond outside Didmarton, which is a seasonal starting point of the Sherston Avon – and unsurprisingly the streams that lead into it, and sometimes lead out over the fields to start the journey to the Bristol Channel, were bone dry.  It was a lovely pool though, fun to explore.

Our next stop was the Giant’s Cave long barrow, a Neolithic burial site overlooking one of the streams that starts in the Badminton Estate and joins the Sherston Avon.  Looking for rivers in the summer is more about spotting the tiny changes in the land, and the places that the plants change, than it is about seeing water. 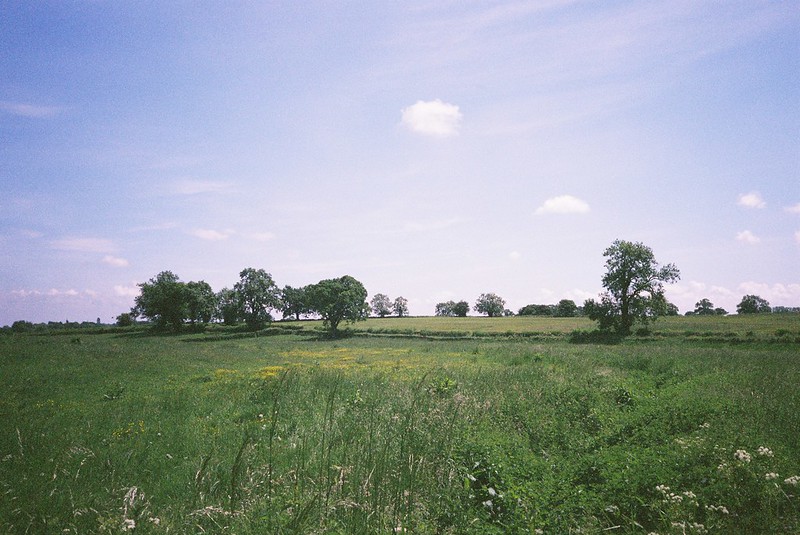 The Barrow was clearly visible, but in a field that wasn’t welcoming, so Matt and Vik didn’t fancy hopping the fence and shouldering through nettles and horses, so we just looked at it from the road. Then onwards! 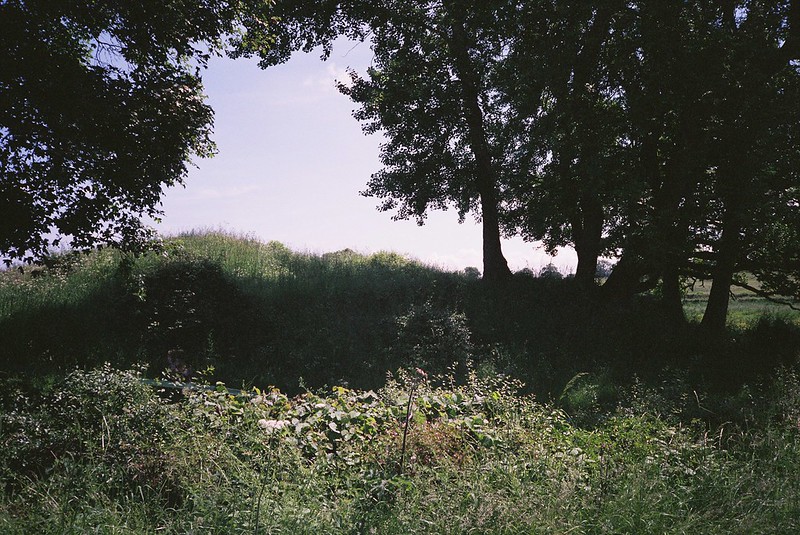 Our last stop was Malmesbury, where the two parts of the Avon meet.  This town has such a long, interesting history, and we started out in the ancient part, visiting the Abbey, then went down to the Tetbury branch, which was so different to the tiny stream we’d started on.  It was interesting to me, to see all the signs that the Avon had been “industrialised”, with weirs and mill races and mill ponds – except I’m used to the rivers in the North of England, where they’re surrounded by the Victorian-industrial red brick mill buildings.  In Malmesbury, those buildings are either gone, or never existed – I think it might have been more water-mills than the huge woollen mills along the Aire, for example.

We walked through some great spaces – a woodland kept by the Malmesbury River Valleys Trust, with nice paths and carvings. 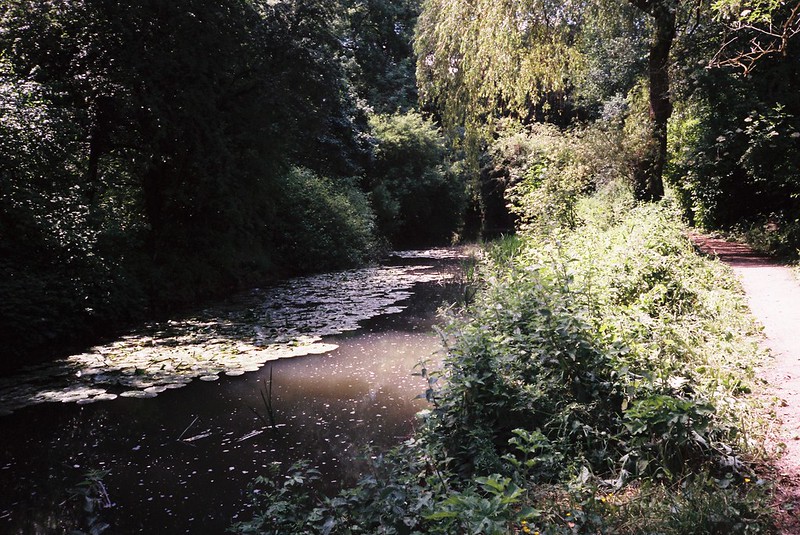 It was all dappled light, and then we were out into fields, between the river and the mill race, in the summer sun – and around some more mill races.

I’d thought it might be a long shot that we could see the Avons join, but it turned out it happens behind this garage: 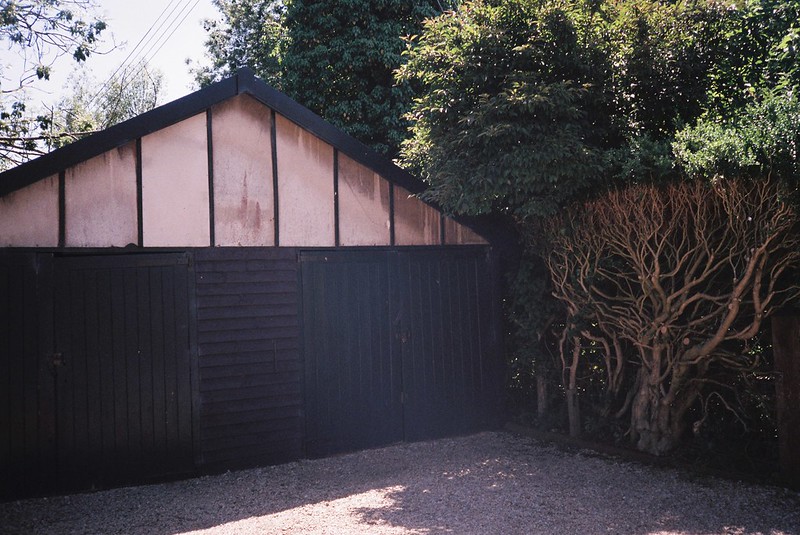 I should have knocked on doors and asked if I could go into the garden and take photos, but Vik and Matt were not keen, so we headed back along the Sherston branch. 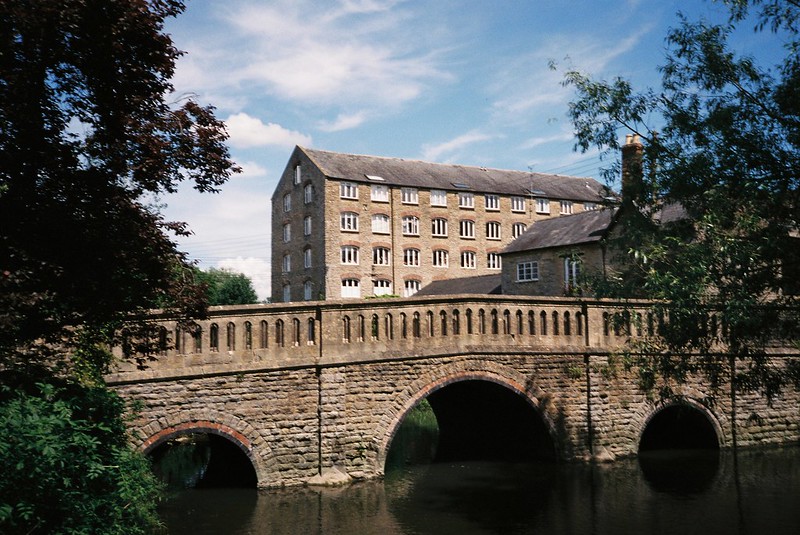 This passed under a large bridge under the only big mill.  We walked along through fields, and passed different grounds of kids (and some parents) swimming in deep parts of the river and in the old mill pond.  I was SO jealous!

We walked back up to the town, past some fantastic water lilies, and ended up drinking milkshakes and eating cakes before heading home.  I loved that day!  Ever since then I’ve been wondering how many days it would take to walk the full length of the Avon, from one of the starts, to the Severn… I think this has to be done…