Vik and I had been to Eastwood Farm as part of the fantastic Bristol Walk Fest Friends of Troopers Hill walk, but we wanted to have another look, so on 23rd June, our friend Matt drove us over to have a look.  We ended up walking around Eastwood Farm (and dipping cameras into the lagoon!) then crossing the Avon on the Beese’s Ferry, and walking up the Strad Brook, the stream that divides Bristol and South Gloucestershire.

Here’s the map of the walk:

And the first batch of photos, a flickr album from Eastwood Farm: 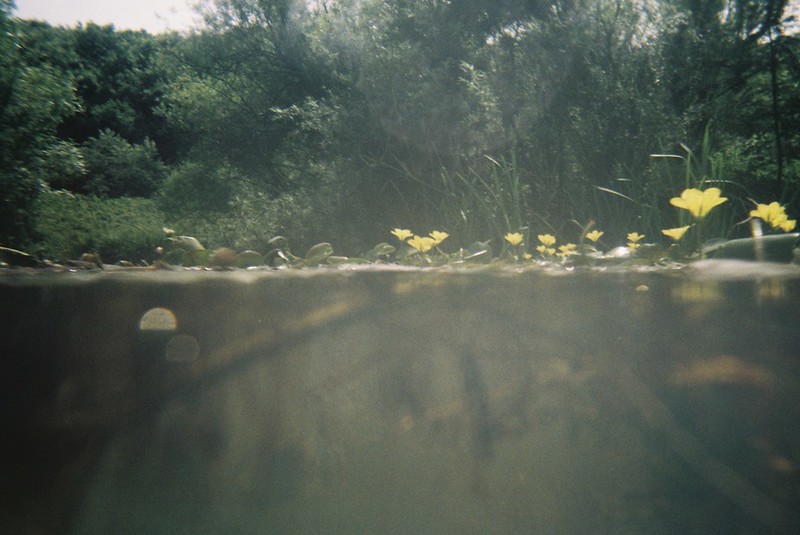 It was in the heatwave, and we walked around the grassland that used to be a dairy farm and then a giant landfill site.  It sounded of birdsong, wind in the long grass, and insects.  Then down and along the Avon, passed the bomb crater pond, and then past the lagoon.

I love these underwater photos from the lagoon: 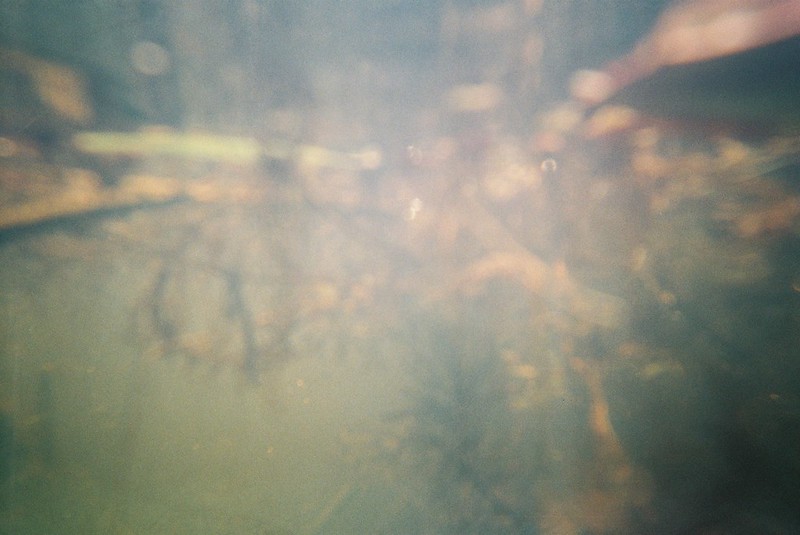 They’re a collaboration with Vik, as she was already lying by the lagoon taking photos just above the water level – like this one – I love her work so much: 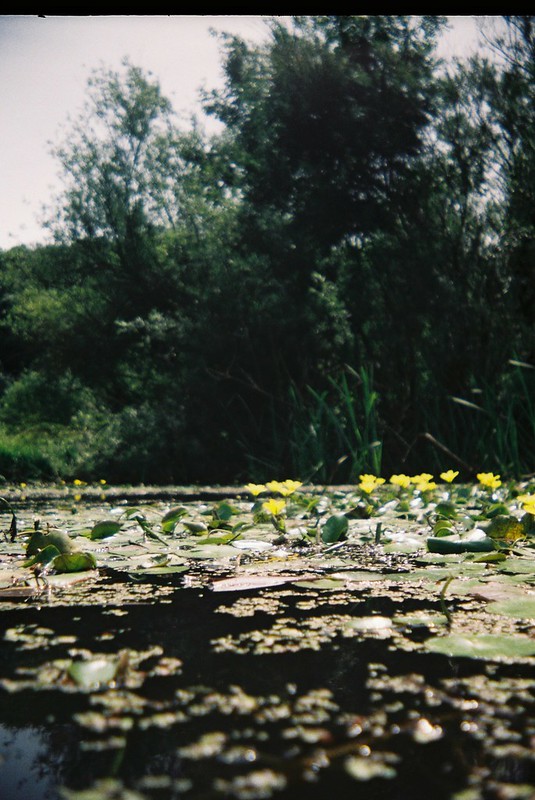 So I asked if she’d put my shitty underwater disposable film camera into the lagoon, one underwater, one half in and half out, and I love the results.  As a bonus, here’s Vik in action: 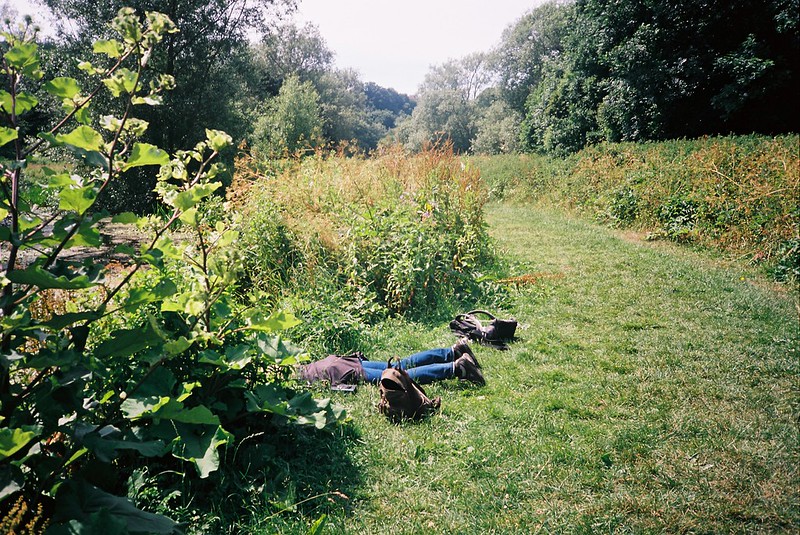 We climbed down some steps to a concrete platform on the Avon, and looked jealousy at the people downstream from us enjoying inflatables on the water.  It was SO hot, and I wanted to jump in, but that’s my default position….

Our plan was lunch at Beese’s, but it was heaving on such a lovely day, so we took the ferry across the river, walked around the long meander, and set out up the Strad Brook, aka the Boundary Stream.  Here’s the flickr photo album: 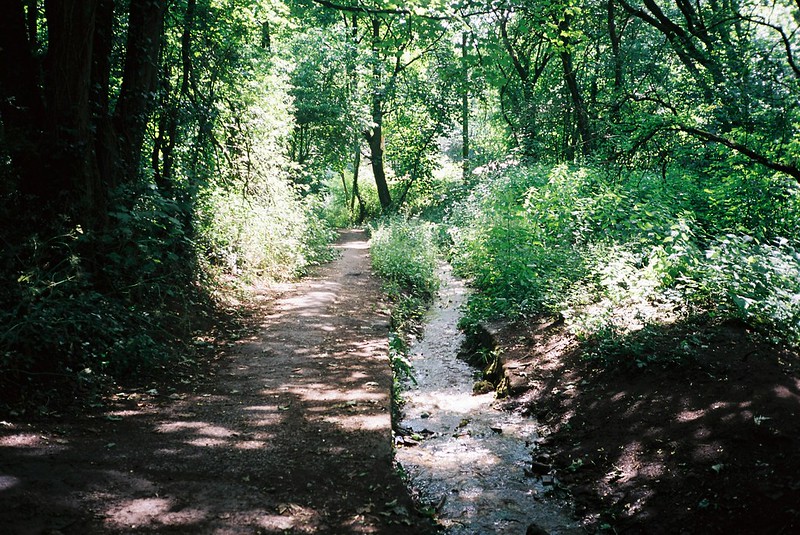 It’s a sweet little stream, with a bottom of red/brown earth which looked beautiful in the dappled light.  I liked the tiny fish that darted into the culvert, and the easy-access top of that culvert.  There are dilapidated buildings at the start, including a sinister house with boarded up windows, and then it’s not picturesque, running alongside abandoned land, and then taking a sharp turn by a makeshift fence. 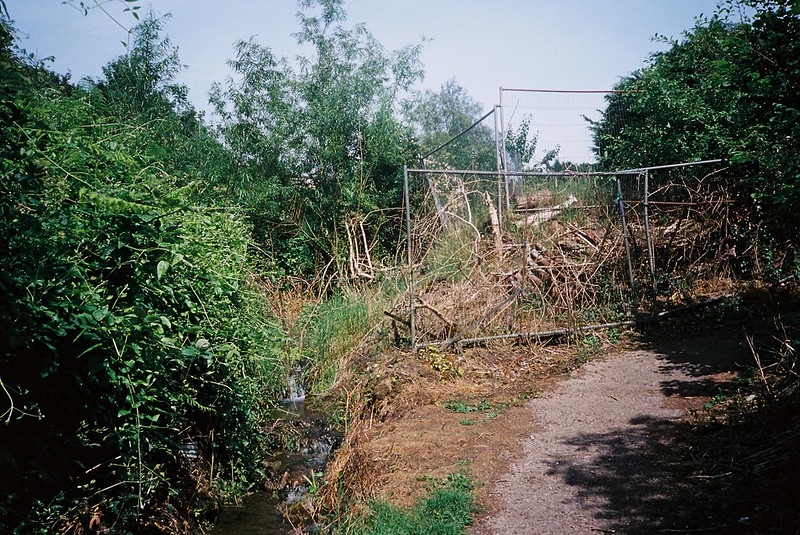 From here it climbed a little, and was a weird space – a manicured smallholding of geese and goslings on one side, and walls on the other, becoming breeze blocks, and winding down. 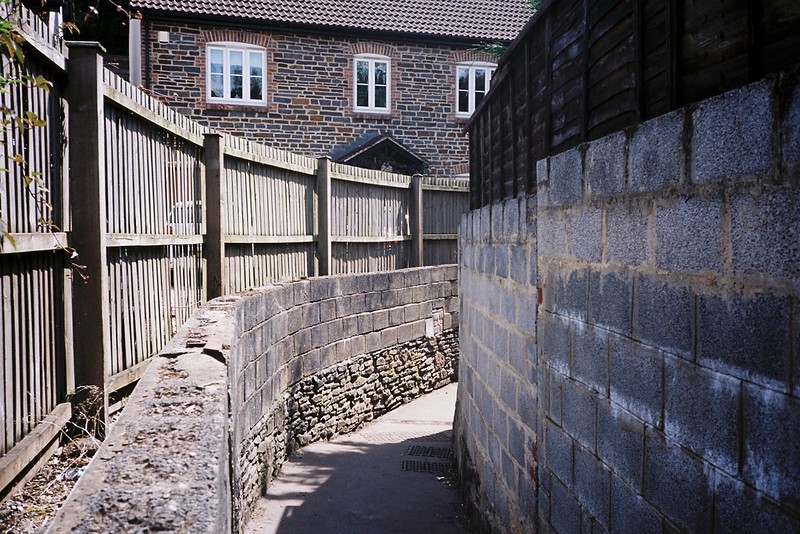 We could tell where the alley crossed over the stream by the drain, with the sound of rushing water underneath it, and walked on, passed the house with the very yappy dogs, and looked up to where the line of the brook was visible because of drains and a line of tarmac.  It was too hot to walk on, but one day I’ll do the Brook from start to finish – we turned back. 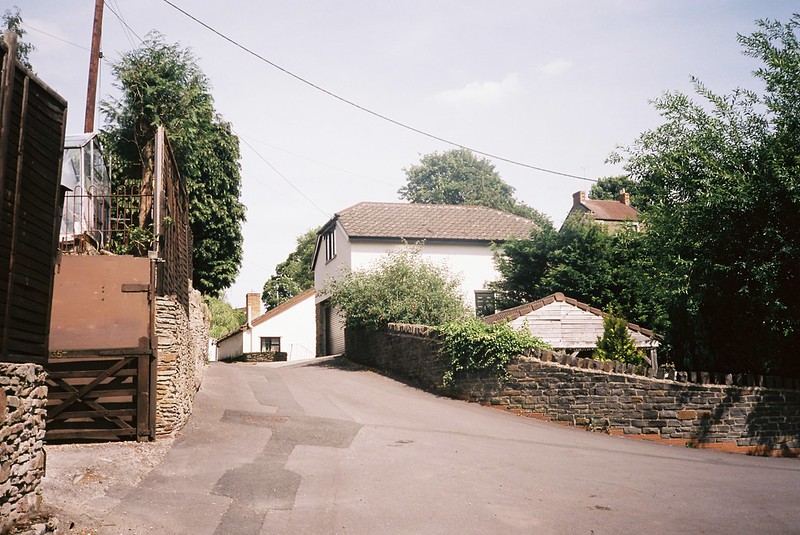 We walked back through the woods, and up the potholed lane from Beese’s to Matt’s car.  It was a lovely day, and great to have more time in a place we’d liked at first sight.