Last night I was walking home in the dusk, under beautiful skies, and the tide was so high that the lock gates in the Cumberland Basin were left open, and 11.2 metre tide, per the Bristol Tide Tables, and that’s without any extra rainfall coming in from all the tributaries.

It's a very high tide at the Cumberland Basin pic.twitter.com/ZS6Hq9DQp0

On evenings like this, it’s always hard to choose what to do, as the sun sets so quickly, and the river changes fast.  Between here and Vauxhall Bridge, where I left the water, the tide kept coming in, and it was a beautiful night – windy and gorgeous, and all my phone photos look like I’ve put crazy filters on them.

I have a love/hate relationship with my iPhone.  For years I didn’t have a smartphone because I can find it hard not to keep checking it, and I like film cameras for the fact I don’t know what the images look like.  Using film cameras makes me relax about my photography, and become meditative, while I’m checking and re-taking and stressing about the images on my phone, because for some reason I can not check on my dslr, but can’t not look at my phone.  But I won’t get the film pictures back for at least a week, and I want to start blogging more, while the experiences are still fresh, so phone pictures it is.

Knowing it was Spring tide, I got up to try to catch the morning high tide, with my phone and Tim’s GoPro on a stick.  It’s a bodge-job, using Tim’s handlebar mount to attach the camera to an extendable pole for painting the ceiling, and it makes me grin every time I use it.

I’ve been meaning to try to get some films in the Avon for a while, but I’ve been missing the Spring tides until now.  I was just playing today, to see what it looked like, on the concrete protuberance under Vauxhall Bridge, on the Chocolate Path, and having another “first”, climbing down onto the top of the silt bank by the A Bond warehouse.

I haven’t really used a GoPro for photographs, but being able to set it to take photos every five minutes was good for experimenting with different depths in the water.  I was surprised how much I liked the photos, especially as I was laughing at how many of the auto-photos, and how much of my films, are of me frowning into the camera as I get confused, with the extra chins that are the speciality of GoPros.  I have a mini-flickr album of them: 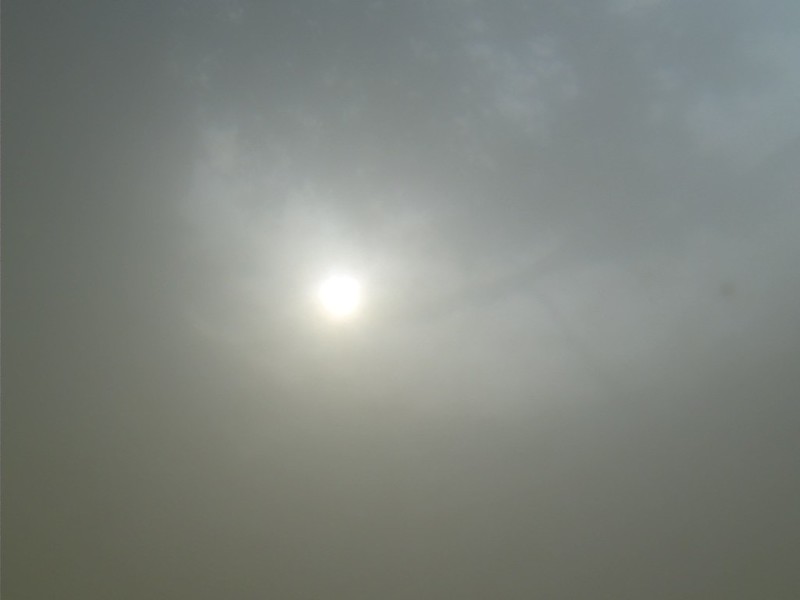 I carried on around to the Clifton Suspension Bridge viewpoint, and went as far down the spit of silt as I could, and sat looking at the river, I’ve never sat that close.  The traffic noises on the roads around me felt comforting, a bassline for the sounds of the wind in the grass by my ears, birdsong and the harsher sound of gulls calling.

The tide still coming in, as I sat down, but after sitting and filming and taking photos, and just breathing in the moment, I realised more of the spit of land kept appearing.  It’s always fascinating to me how much water moves past, and how quickly, but how hard it is to notice, without the dark lines where the water has been.

I went on to the end of the Cumberland Basin locks, and having that high tide feels extraordinary.  I love deep water, and have had swimming lessons since I was a tiny baby, so don’t get scared of falling in (I’d kick off my shoes, pull off any jacket, and swim to the ladder by the lock) but my vertigo kicks in at that drop, and I don’t know why.  Every time I’m there, I fight myself to step closer, but with such a high tide, it felt safe for the first time I can remember.  I sat on the edge (something I never thought I could do, and made more film experiments, and just enjoyed being there.

Another place i've never sat before (usually my vertigo won't let me get this close, but the high tide feels safe) pic.twitter.com/EasPivfmqF

My friend Matt came down and joined me, and we watched the Harbour Masters adjusting the lock, so they could close the gate to the river, now the tide was on the way out.  They let in water from the Cumberland Basin, and that is always beautiful.  The eruptions of the water coming to the surface, and the mix of the waters, the clouds of silt blossoming and growing under the surface.  I really want to film this properly one day, on a sunny day, when the lock water looks green.  In today’s dull light it was shades of grey-brown, and none of the cameras I was using caught the tones or depth of it.

I filmed these sticking out the GoPro over the edge, and cropped them, because the wiiiiiiiiiide angle of the GoPro frustrates me, and there’s too much.  Actually, you can see what I looked like filming, because Matt took this:

I was sitting on the pole to keep it as still as I could, and took an iPhone film at the same time:

None of these films and photos feel like they’re “art” to me, they feel like experiments, and when I was taking them, they were meditations.  For a few years after my degree I thought I’d lost the ability to use photography like that, as a tool to let go of thought and just be, so having that back feels so good.  Standing leaning over the fence watching the water flow past, trying to hold the pole still, or sitting in the grass, or with my legs over the edge of the end of the dock, feeling the freedom of doing something I’ve never done before.  Watching the silt bloom, and wondering if my films will work, though I try really hard not to think about that, and just live in the moment.  Terrible old hippy that I am.  It’s good to have that back, and it feels so good to know that, if none of my photos or films never work, those moments make it all worthwhile.