I met Richard White when I went on one of his Sweet Waters walks along the Avon, exploring the legacies of the Transatlantic slave trade.  That day we walked from Keynsham into Bristol, along the Feeder Canal for the final part, so I invited him to come and podcast with me on a walk along the River Avon.

We walked down the St Philips Greenway, from Bristol Temple Meads station to the Black Castle pub, via a closed path and the weir that stops the Avon being tidal, and had all kinds of experiences along the way, including strange gas on the River, and meeting a kayaker in a deflating canoe.  We talked about his Sweet Waters project, what the Black Castle represents, how Richard uses walking and social media in his art practice, and what we saw as we went.

You can see the photos we took on the map of our route (mine are blue, Richard’s are red)

And my album, with some more photos is on flickr.

The film of the weird gas release is here – I reported it to the Environment Agency, who investigated and said it wasn’t pollution, but it was something that shouldn’t have happened, and they’re making sure it doesn’t happen again.

You can join one of Richard’s walks through his website, where there is a lot more about his different work and projects.  You can also follow him on his twitter, and on the #WalkNow hashtag, see his photos on flickr, including the Sweet Waters group, with photos from other people who went on his walks.  You can also follow his walks on Social Hiking, which includes social media from people who go on them too.

On our walk, I also recorded this sound, of a building site that sounded like music, which I didn’t fit into the podcast: 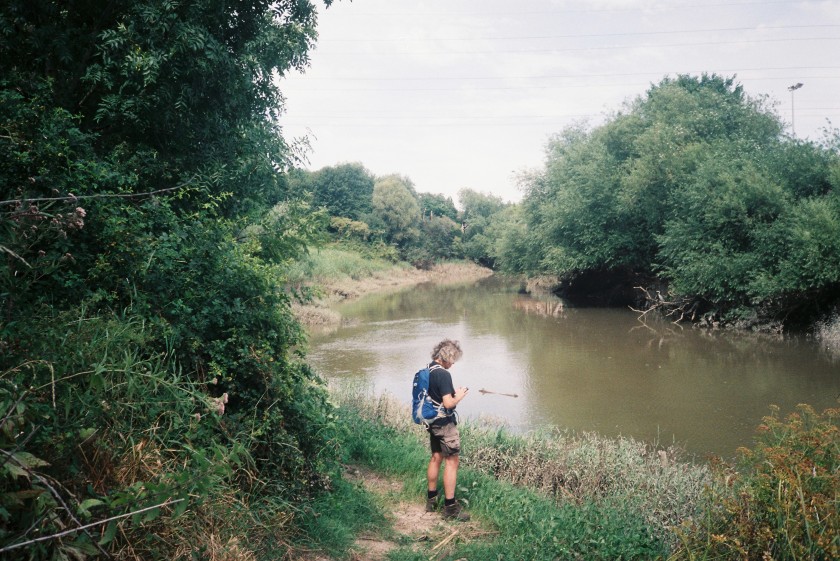 4 thoughts on “Avon Stories Podcast 10: An art-walk with Richard White”