I am a huge fan of Charlie Revelle-Smith‘s Weird Bristol twitter, sharing little nuggets of information about the city – and so I was excited to share the druid gravestone that Vik and I saw in Avonview Cemetery on our way home from the Bristol Walk Fest walk around the Avon Valley.  We’d been talking about going on a walk together, and this was the perfect place to start, to look around the cemetery and come back via some of my favourite weird Bristol places.  On 28th June, in the heatwave, we got on a bus after work and went exploring.

Here’s the map of where we went: 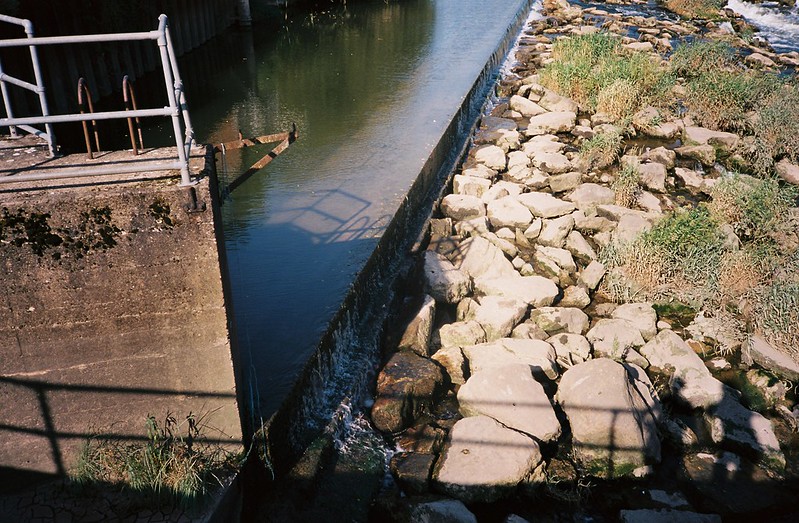 Make sure you follow Charlie’s twitter – and look out for his Weird Bristol book that’s coming out soon!  And to find out more about him, listen to my podcast interview with him from last July.

Avonview isn’t as well known as other Bristol cemeteries like Arnos Vale or Greenbank, but if you like looking at graveyards, I recommend it.  It has some really interesting stones, from the big slabs with 3d relief, to the slightly art deco style ones, to great lumps of rock with minimal carving, and a huge obelisk erected to the man who owned the coal mines that dominated St George.  And of course, that Druid grave… 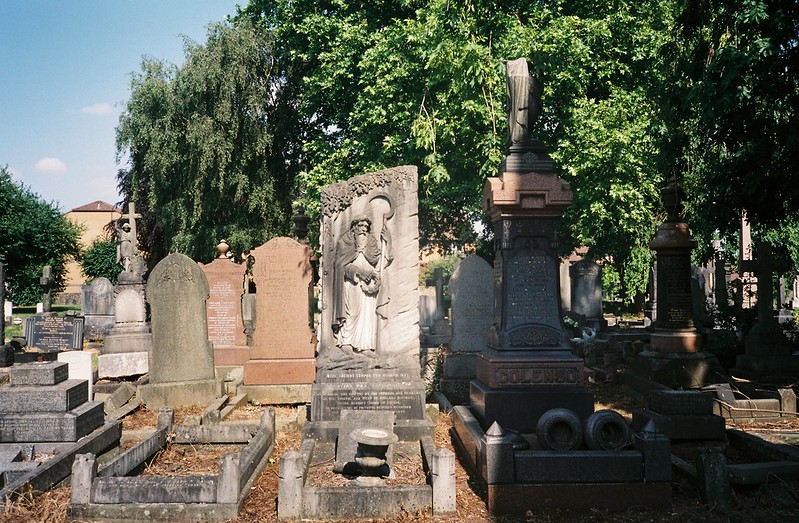 The weirdest thing was the Victorian urinal by the back of the chapel.  Charlie and I were thinking it couldn’t possibly be a urinal, but on investigation it was, complete with a cast iron message to men to make sure their clothes were in order after using it.  I’ve seen these ornamental urinals around Bristol, but never in a cemetery! 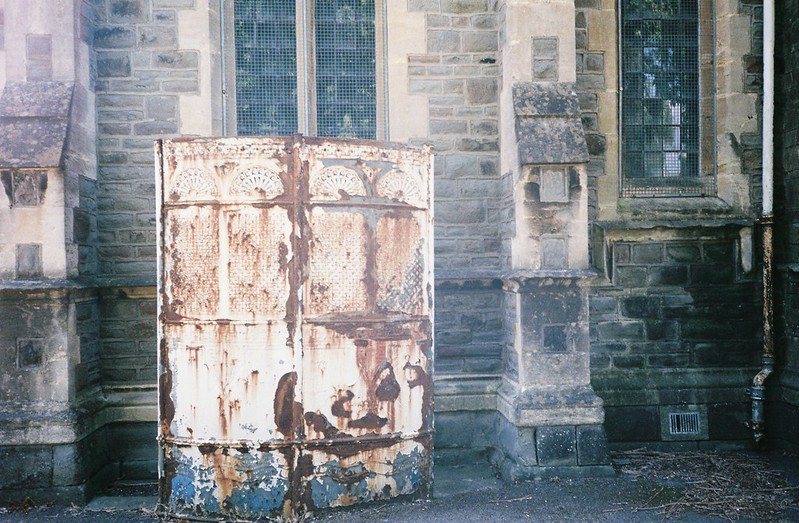 I really love Vik’s photos from the Cemetery, taken with some of her plastic-lensed Holga and Blackbird Fly.  Mouse/hover over the first picture to start the slideshow, or click through to her album. 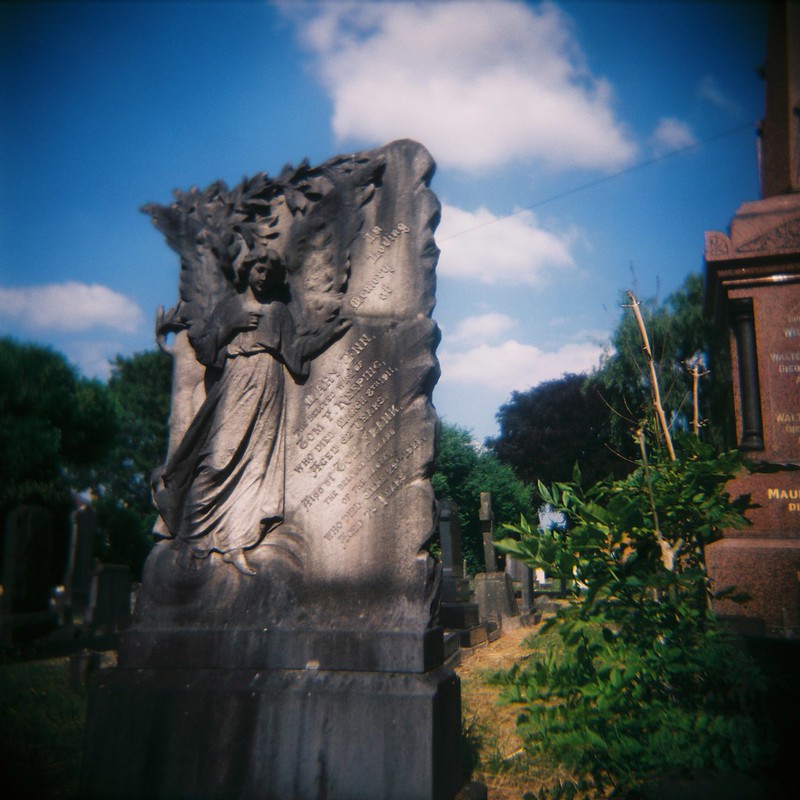 We went from the Cemetery down the narrow steep Strawberry Lane, crossing the Avon via the footbridge that replaced the St Anne’s Ferry, which had been a feature of the area since Medieval times. 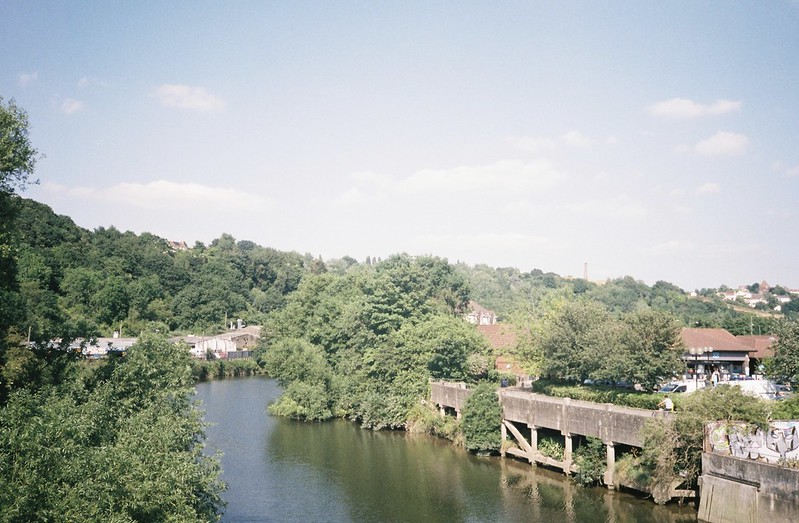 We crossed the road and went up the footpath by Brislington Brook into woods to see St Anne’s Well – one of my favourite weird things.  I love the legends about how there’s been a holy well going back here centuries, with the story of Henry VII’s wife Elizabeth of York using the healing powers to help her have a baby, but even more, I love that these legends are, well, most likely made up!  Check out Ken Taylor’s book about the Well, and this lovely guide to Brislington Brook from the Friends of Brislington Brook. 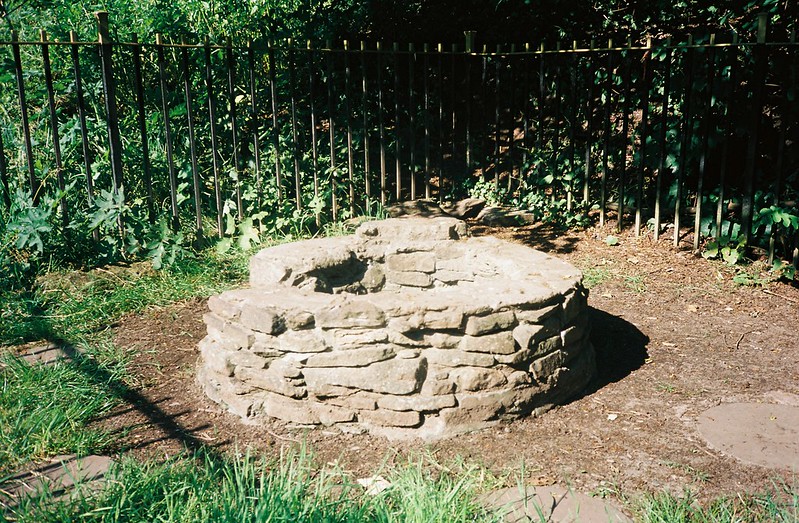 We went back and followed the Avon west, to one of my favourite Bristol places, an engineering feat that hides in plain sight, Netham Weir, the first place that tries to stop the Avon being tidal.  I podcasted here with Richard White last year, and I’ll never get bored of it.  It was especially good to be here on such a hot day, with the rush of water and the wind coming over the weir to cool us down. 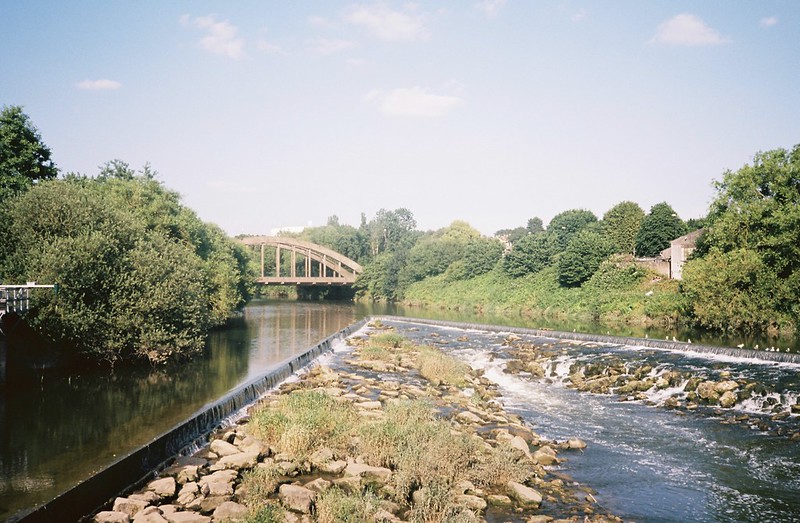 From the Weir, we could see the Avon Bridge, Isambard Kingdom Brunel’s railway bridge over the Avon that’s apparently know as the Cinderella Bridge, as it has an ugly sister on either side, and that was our next stop.  You have to know where you’re going, taking a tiny alleyway down the side of a builders’ merchant, passing the warning signs that the path is eroding into the river – and you come out underneath the big metal bridges, with the gothic stone bridge between them.  We were interrupting a couple of teenagers there, so didn’t stay too long, and so we went along down the closed Avon path. 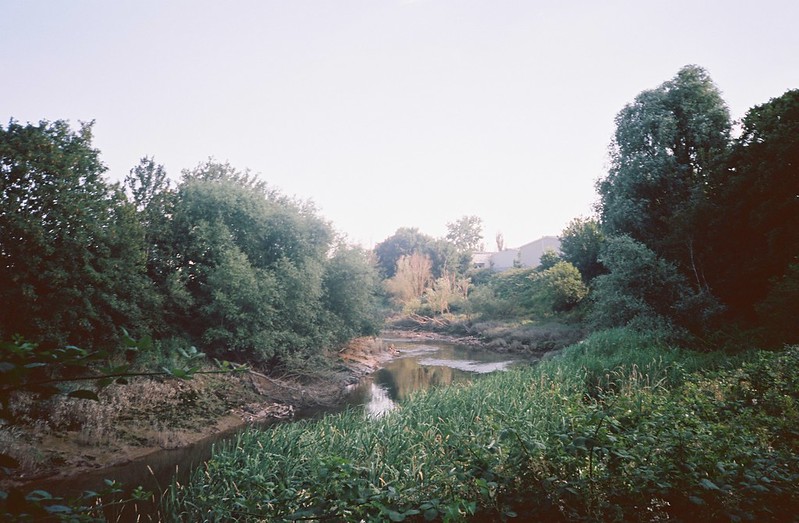 I’ve written about this before, from the first time I went, with Richard White, to last autumn’s realisation that yes, it really is unpassable at high tide, and walking it in the unseasonable snow in March, and at high summer it’s different again.  This time the path started off between chest-high brambles and nettles, which was “fun”, and then when it got to the eroded parts, the plants changed to more flowers and grasses, but the path was even more indistinct.  In one way, it was easier to walk on, as the soil was dry, but held together by all the plant roots, but in the other we had to watch every footstep, to make sure we would stay upright.  It was hard work, but I really enjoyed it. 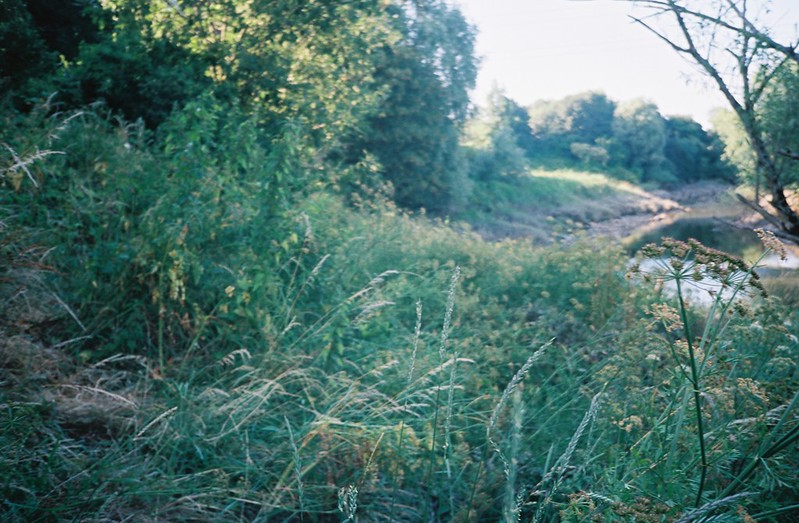 It felt weird to come out of the overgrown path, which more than ever felt like the most natural, wildest part of the Avon, onto the St Philip’s Greenway footpath.  It was hot! We liked the shade of Sparke Evans Park, and the cool breeze from the suspension bridge footbridge over the Avon, but really we were too hot to stop too much in the sunshine. 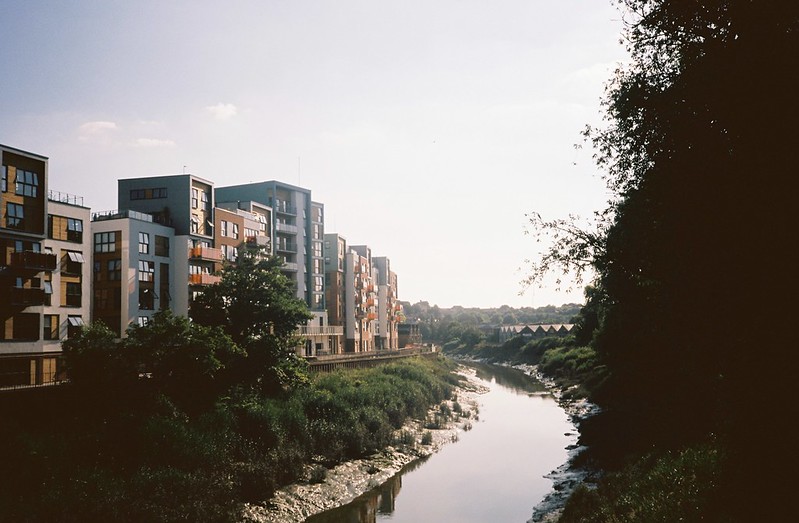 I liked being able to see the remains of the jetties by Albert Bridge, where narrowboats used to be built 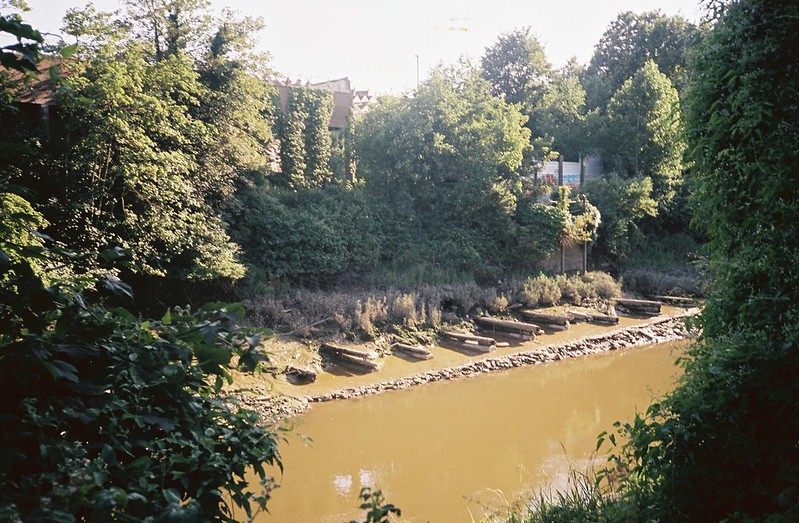 Our last stop was the former entrance lock into the Floating Harbour, that was blocked up along with the entrance at Bathurst Basin in the Second World War, to try to mitigate problems if the Nazi bomb campaign against the Harbour had worked.

It was such a fun day, and always great to show people some things they’ve never seen in the city.  Here’s hoping we’ll see some of those places pop up in Charlie’s Weird Bristol book!

So, I've been working on a little project. Coming this November is the official Weird Bristol book. Written (and fully illustrated) by me, it promises to be a cornucopia of curiosities! #Bristol pic.twitter.com/G1qwIzg9fR