I’ve been borrowing my friend Tim’s GoPro Hero3, and even though I’ve used one before, I’m just making ridiculous mistakes every time I take it out.  Pretty much everything that comes off it is me looking multi-chinned, frowning down at the camera.

But this accident was a happy one.  I borrowed the camera hoping to take lots of film of heavy rain in puddles, in the Harbour, on the river… but of course it’s been a heatwave!  Yesterday it did rain for a little bit, and before the battery died, I shot a tiny film, 27 seconds of usable, I think – but accidentally slo-mo, which I love!  Enjoy some raindrops on the surface of the Harbour, slowed right down.  Some mistakes make me happy!

I often walk along the River and the Harbour with my partner – it’s not the quickest way to town from home, but it’s a diversion to take photos and enjoy the city, and it usually adds layers of interest and fun to days that would otherwise be about chores…  except sometimes it doesn’t.

END_OF_DOCUMENT_TOKEN_TO_BE_REPLACED

This week I went for a walk with Nikki Pugh, who makes really fantastic interactive art.  We walked very slowly down the Chocolate Path, looking at the clouds of silt under the surface of the river, and the tide changing from coming in to sitting still at the change point, to watching what happens in the hour after the highest tide.

We both took a lot of photos with the theme of “brown”, and you can see Nikki’s flickr photoset here, and mine in this slideshow (click for more): 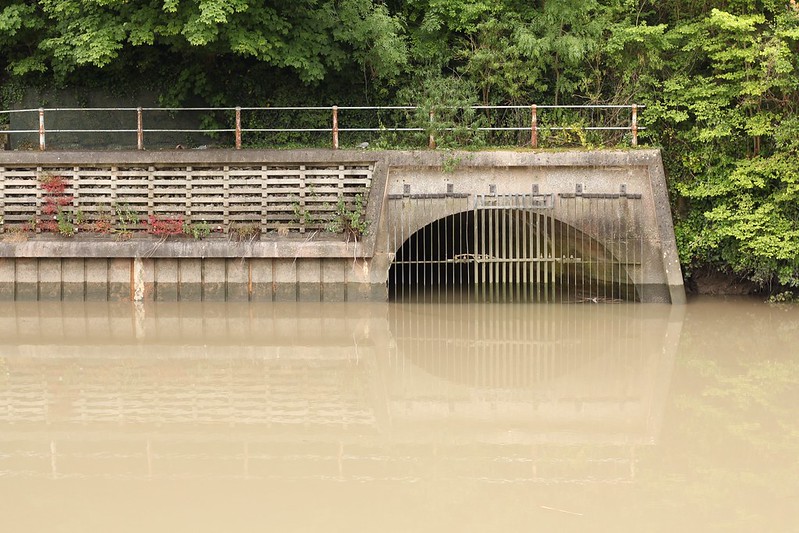 I also made a couple of small, quiet videos, of how the water was reacting before and after Vauxhall Bridge:

I’ve always loved how different the Avon mud looks, depending on the light, and especially how that changes on a day like today, when the clouds move so fast across the sky.  To me, the mud by the disused lock at Cumberland Basin looks like landscapes in miniature, with rivers, ridges of hills, or sand-dunes, and I’m always fascinated at how the changing light makes different parts of it jump out at me.

After a week of intense, bright sunshine, and heatwave conditions, the breezes felt so good, and I’ve been waiting for a day like this to film on, and make something that’s a meditative piece for me.   I should probably go back and film for longer, and make a long piece that I could have as part of a show/installation, but I wanted to see what it was like today.

Such a hot day, and of course I’m wishing I could take photos of rain on the surface of the river and the Harbour in the middle of a heatwave…  But I went out to film and see how it all works in the sun.

First, the outflow, slowly letting water from the Harbour into the River.  Here, two waters meet.  50mm lens on my Canon DSLR:

And here’s looking down at the outflow, using Tim’s GoPro Hero Session on a telescopic painting stick:

END_OF_DOCUMENT_TOKEN_TO_BE_REPLACED

I’m a bit obsessed with murky, underwater photography.  I shot a lot of photos with really crappy underwater film cameras during my degree, and I love them, but I never did much with them.  But I’ve always wanted to do more, and I really wanted to do some filming, so I borrowed my friend Tim’s GoPro Session and headed to the Harbour.

END_OF_DOCUMENT_TOKEN_TO_BE_REPLACED

I’ve lived in Bristol for 17 years, and I’d never been on a Bristol Ferry trip on the Avon… until this week!  It was very, very wet, so I’ve sped up the film so the raindrops on the lens don’t interfere too much, and so you can see my trip in 10 minutes

It was such a lovely thing to do.  The lock from the Harbour to the River seems almost unnoticeable, very smooth.  And then, although I’ve cycled up both sides of the river, and walked the Portway, I’d never been this low.  I couldn’t believe the river is around 8 metres deep on the way back, as it doesn’t seem like it could be.

It was so meditative, especially once the rain drove everyone else inside, standing in this downpour, watching the water.  I never knew herons lived in a colony, in trees, until it was pointed out on the commentary, and there’s something about the mud that I love.  Everything was green and grey, with a bit of green, and I really want to do it again.

You can book your own Gorge trip on the Bristol Ferry Boats website.  It costs £15, and it took around 2 hours and 15 minutes, but that depends on the tides (we were going against the tide going out, and much faster coming back).

Big thanks to Tim who lent me his GoPro Session, which the film is shot with.

Shadow, snow, and other siltbank photos.
Snow on silt
Monday morning
Silty Sunday.
Sunday river, tide just starting to go out, taking the silt clouds with it.
On my Friday morning dawn-walk, the lights were especially twinkly.